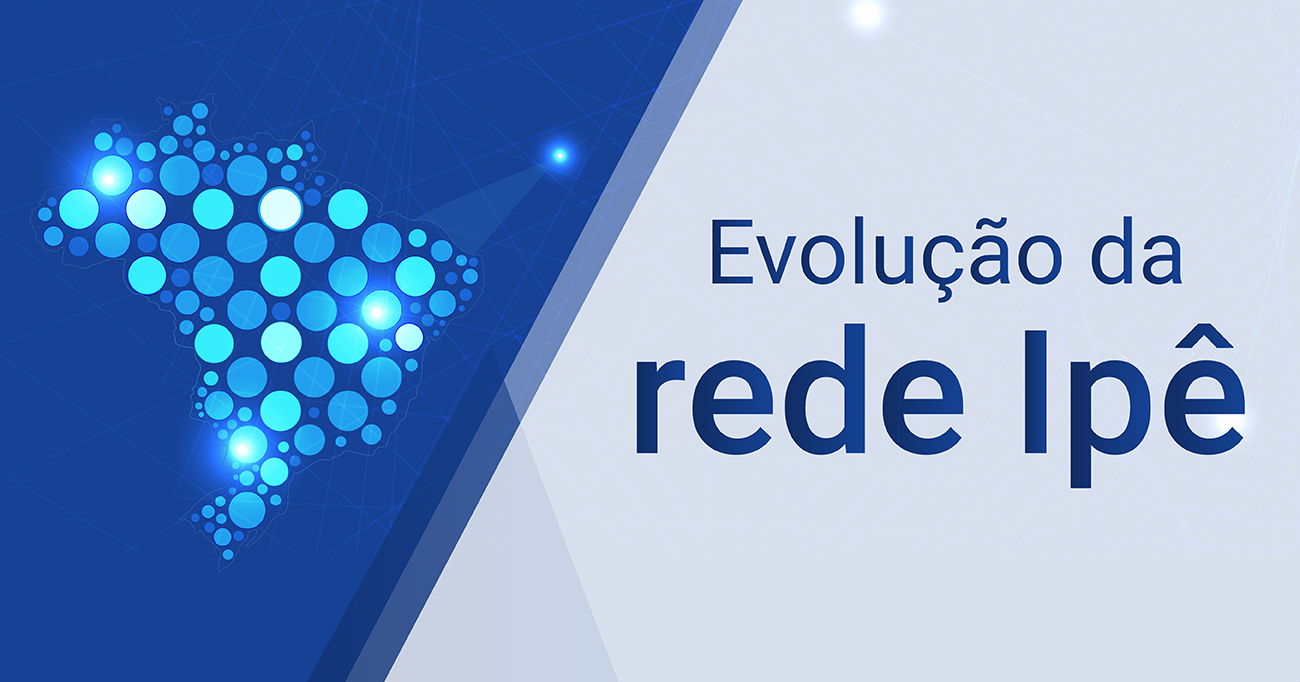 Year 2020 was a year of progress in connectivity for RNP, both in the Seventh Generation project of Ipê Network, with the activation of three new high capacity connections (100 Gb/s) in the North and the Northeast regions of the country - the circuit between Fortaleza (CE) and Salvador (BA), and two circuits connecting Macapá (AP) to Manaus (AM) and Belém (PA) - as in the provision of the academic network in the countryside with the completion of four new metropolitan networks outside the capitals.

The Ipê network has connections at 100 Gb/s since 2018, as a result of RNP's partnership with Companhia Hidrelétrica do São Francisco (Chesf), starting with the route Fortaleza-Natal-Campina Grande-Recife-Salvador and, more recently, the circuit Fortaleza-Salvador, closing the loop in the Northeast.

In October 2020, as a result of an agreement with Telebras, Amapá in the North region, it received connections at 100 Gb/s, connecting Macapá to Manaus and Belém. This was also the year when the state suffered an electric power crisis that affected essential services to the population, including telecommunications, leaving some institutions isolated. However, the operation in PoP-PA was maintained by generating sets.

With resources from the Program Veredas Novas Estaduais of the Ministry of Science, Technology and Innovations (MCTI), four new metropolitan networks started operating: two in Paraná, Ponta Grossa and Londrina, and two in Pernambuco, Caruaru and Garanhuns, in addition to the extension of the digital city in Guanambi (BA).

In 2021, more 100 Gb/s activations are planned in other regions of the country, based on the sharing of infrastructure with both electric power companies and providers. "To get to the user institution at 100 Gb/s, mainly outside the capitals, is still a challenge for the next few years, but we are already working on that,” the Engineering and Operations Director of RNP, Eduardo Grizendi, said at WRNP 2020, held on December 7 and 8, in digital format.

Check out some important connectivity events throughout the year:

Ipê network availability index is the best ever recorded  since 2002

RNP and Telebras activate two 100 Gb/s circuits in Macapá, in the North region

RNP installs new Point of Presence in São Paulo in the datacenter of NIC.Br

Crisis in Amapá: PoP-AP operation is maintained by generating sets

Activation of the new BA-CE circuit at 100 Gb/s