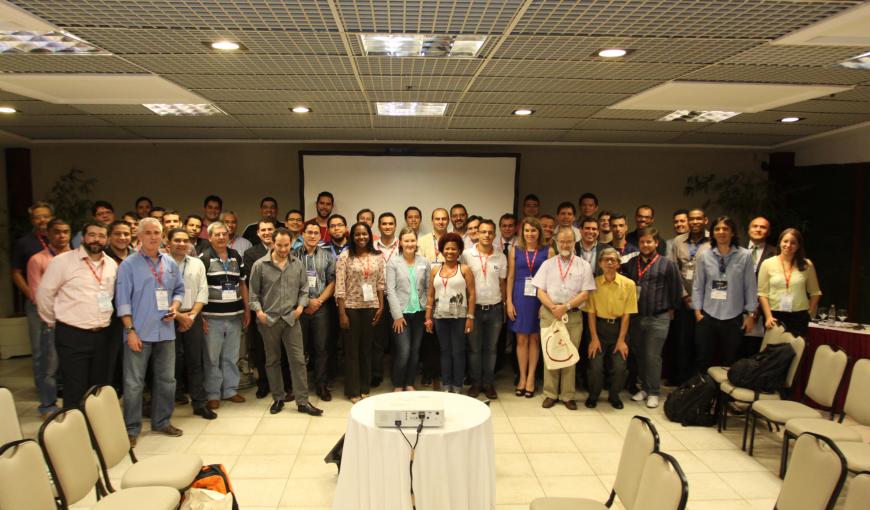 Opening the extra activities of the III RNP Forum, the SIG phone@RNP was highlighted in the discussion about security applied to Voice over IP (VoIP) services. The discussion was promoted by the recent decree 8,135 of 2013, implemented by the Interministerial Ordinance no 141.

According to the Security Incident Response Center (Centro de Atendimento a Incidentes de Segurança - Cais) Analyst André Landim, “the legislation talks about the use of confidential information encryption on VoIP services. It will be necessary. The decree has already come into effect and we have about 60 months to make all institutions become suitable.”

Landim presented as solutions the deployment of digital certificates, media proxy, solutions using VRF or VPN. The RNP Information Technology and Communication (ICT) Specialist Marcelino Cunha explained “in addition to the encryption itself, the service must be within the country. One solution may be the network encryption, easier and faster.”

The also RNP ICT Specialist Alex Galhano said that “the law states that the universities’ products, the knowledge, must be protected. We know that we have to protect this question and prioritize it in the roadmap of phone@RNP”. He also said that “the government will launch a booklet guiding how to implement the algorithms he will register for uses such as that of the academy”.

As the service’s achievements, Galhano showed that the RNP established a faster service to the client institutions thanks to the expertise of the teams in serving at various levels. “Another achievement was the creation of transparent gateway. It is a box midway between the Traditional PABX and the telephone network. If the server fails, we have a commuter to divert calls, not interrupting telephony. Furthermore, with the hierarchy of the service, we can climb problems much faster,” he cited.

Success stories of the phone@RNP new distribution have been presented by the Federal Institutes of Santa Catarina (IFSC) and Paraíba (IFPB). In this institution, the number of branches was expanded. “We got out from a scenario with a central having 30 extensions and today we have an extension for each administrative server, i.e., 54 extensions, which is a significant gain,” said Rodrigo Barbosa Lyra, of IFPB.

For the IFSC ICT Director Emerson Mello, the main benefit of the last service distribution with native transparent gateway is the economy in phone bills. “In the IFSC São Miguel do Oeste campus, where the phone@RNP was implemented in April this year, we have already saved 1,931 Reais in telephony. At the deanship, 32% of the calls are via phone@RNP, saving 1,650 Reais on DDD phone calls”, he exemplified.

According to the RNP Service Manager Jean Carlo Faustino, “in the new version, of 2012, the phone@RNP features remain, with the benefit of configuration via graphic interface and native transparent VoIP. Our challenge is to have a simplified membership process, now divided into three steps: accreditation, validation of the environment, and approval”, he concluded.