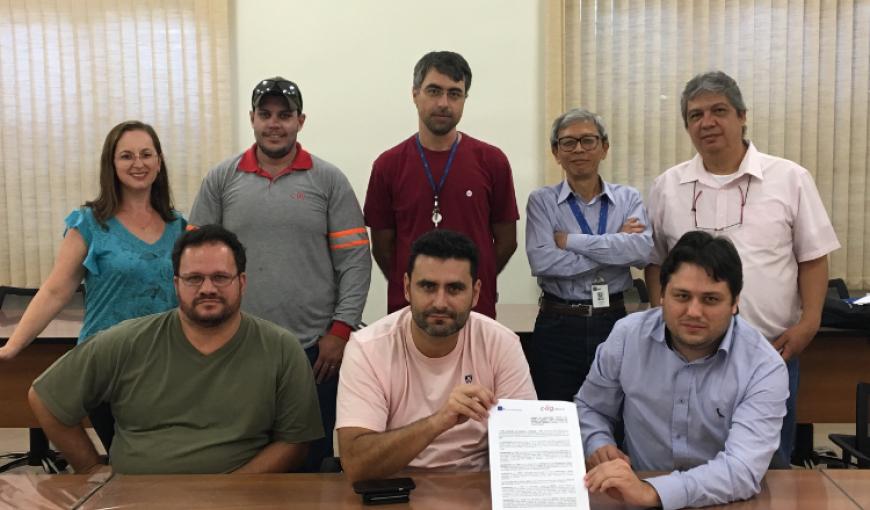 The Brazilian National Research and Educational Network (RNP) signed a cooperation agreement with the company C-link Telecom for the concession of an optical fiber pair in the São Carlos metropolitan network (Sanca Network). In return, the company will be responsible for the corrective and preventive maintenance of the network. The execution of the Agreement took place on April 27 during the meeting of the Managing Committee of the Sanca Network at the Federal University of São Carlos (UFSCar), attended by representatives of the institution, of RNP, of C-Lig Telecom, of Embrapa, and of the Center of Information Technology of São Carlos (CeTI-SC/STI), of the University of São Paulo.

On the occasion, UFSCar professor Erick Melo took over the presidency of the Managing Committee of Sanca Network, a position previously occupied by professor Hermes Senger, of the same institution. “The meeting discussed technical issues connected to the network and operational aspects for the integration of the teams, showing a high level of commitment and interest of all present,” declared the manager for Relationship with the Metropolitan Networks Takashi Tome.

With 27 km of extension, the Sanca Network is a high-speed optical network that connects the São Carlos campus of UFSCar, two USP campuses, two Embrapa research units and the Municipal University Hospital. The network is connected to RNP's Point of Presence in São Paulo, which connects these institutions to the national academic network.