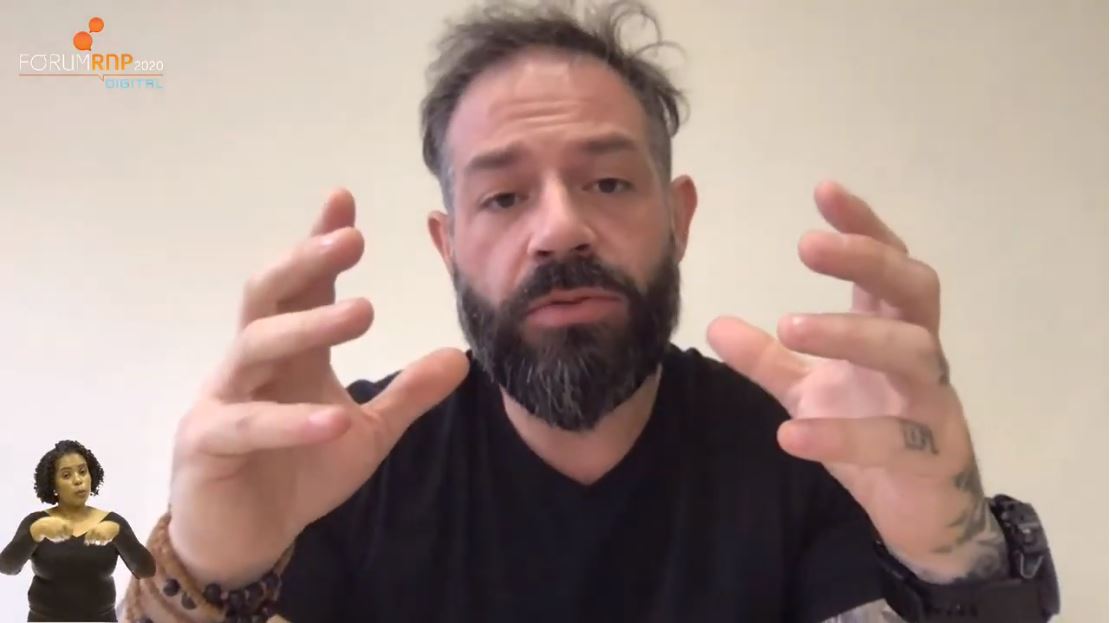 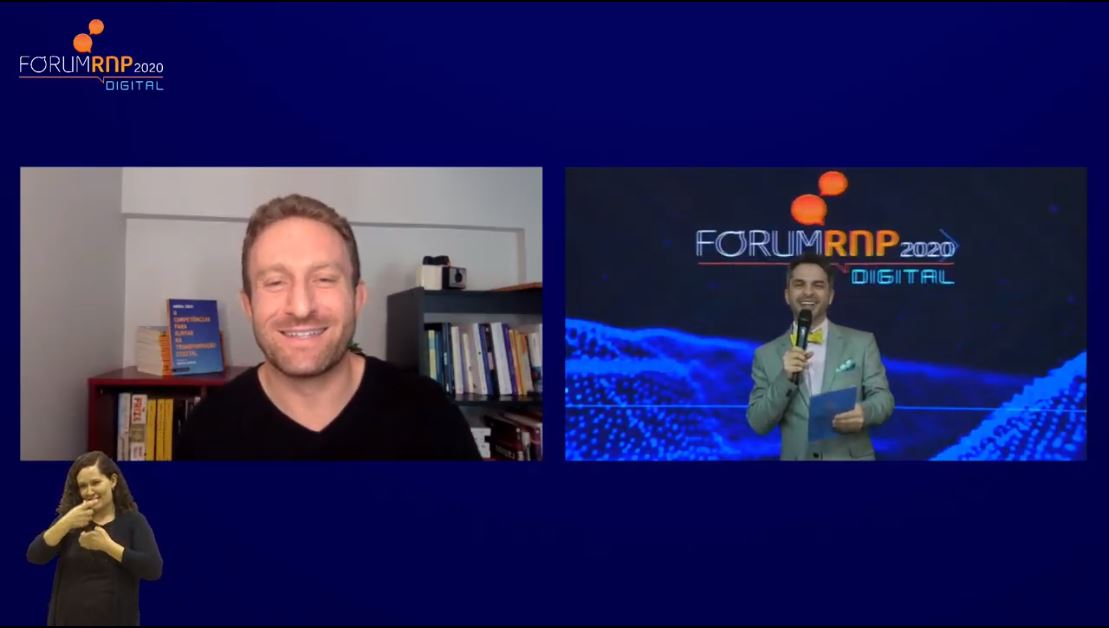 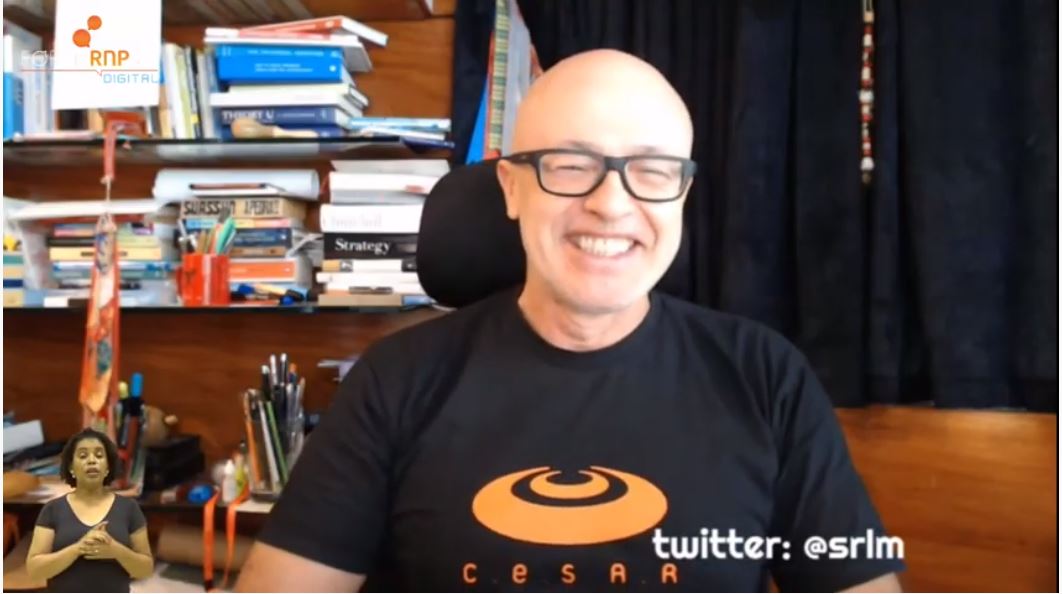 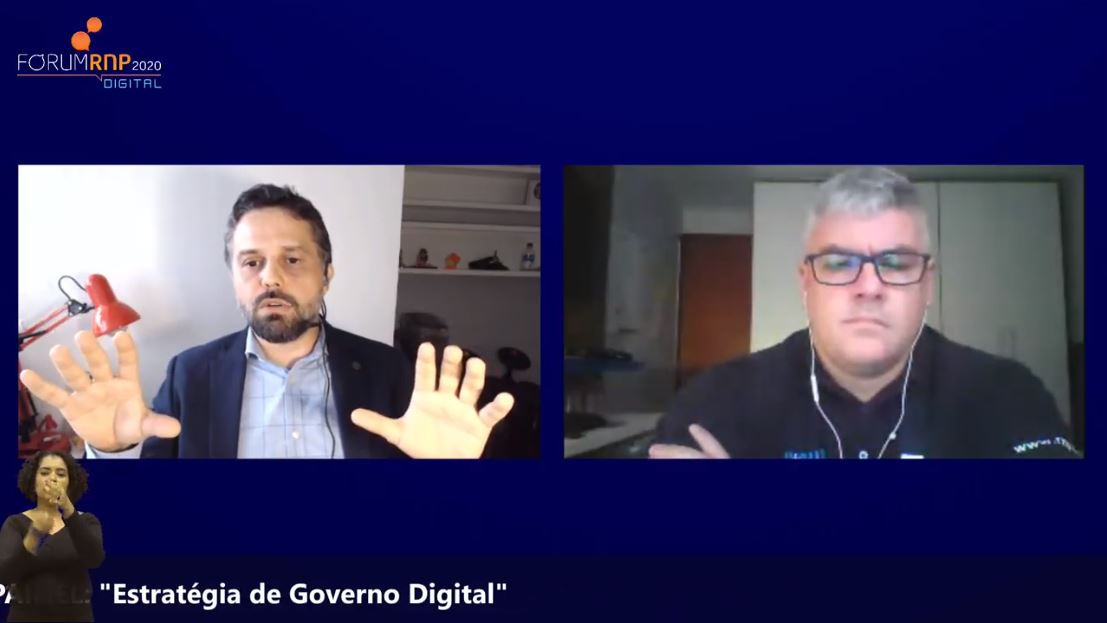 For ninth consecutive year, the National Education and Research Network (RNP), associated with the Ministry of Science, Technology and Innovation (MCTI), held RNP Forum, a meeting, which promoted broad debate on digital transformation and use and management of Information and Communication Technologies (ICT) with education, research and innovation purposes. This year, the selected topic was “Meeting with the Future’.

Supported by the Digital Government Department (SGD) of the Ministry of Economy and the Higher Degree Personnel Improvement Coordination (CAPES) of the Ministry of Education, the event was held between October 19 and 21, and for the first time, it was 100% on-line and free of charge, gathering about 2.4 thousand people.

Check out the highlights of the event

In the panel “What motivates you to innovate:”, TED speaker and president of Instituto Laura Jacson Fressatto inspired the present when telling about his daughter Laura, who was born in 2010 and died in 18 days due to sepsis, which motivated him to entrepreneur and create the robot Laura, the first cognitive risk managing robot in the world. The technology has already helped saving about 24 thousand lives.

Another highlight was the lecture “The United Kingdom vision of the future of higher education accelerated by Covid-19” with the executive chief of the academic network of the United Kingdom (JISC) Paul Feldman, who shared his vision about the innovation in the sector and the changes in the British universities, such as, for example , the surge of virtual libraries.

The deputy secretary of the Digital Government Ciro Avelino from the Ministry of Economy was also presented and approached the strategies of the Federal Government to keep up with digital transformation. Among the data mentioned by Avelino, 61% out of 3911 public services already use digital platforms. From January 2019 to October this year, more than one thousand services were digitalized, only during the pandemic, 350 services were digitally transformed. An example is the recently launched digital Employment Booklet service, which is now accessible to the citizens by application, saving R$ 31 million for the public treasury per year.

On the second day, it was time for the author of the best-seller “6 Competencies of Digital Transformation” and angel investigator Andrea Iorio to present his panel about “How to adapt in a digital and i=unpredictable scenario”. With more than 10 years of experience in multinational technology companies,  Iorio, who worked as Chief Digital Officer (CDO) of L’Oréal Brasil and director of Tinder in Latin America, head of the application for almost five years, invited the participants to develop new competencies to browse in an unpredictable and totally digital world.

We also had the debate on “Women in ICT: Tracing a Disruptive future”, which gathered, in addition to the moderator Carla Pires, ICT director of  IFSul, the IT analyst of  Instituto Federal da Bahia (IFBA), Edna Mattos; the former CPD director of Universidade Federal do Rio Grande do Sul (UFRGS), Jussara Musse; and the RD&I director of RNP, Iara Machado. Among the highlighted data of the panel, we saw that only 29% of the technology working posts are taken by women; coordination positions, only 15% are taken by women, and management positions, only 2%. Which shows how women cannot manage to be part of the decision-making process.

The Management secretary of the Ministry of Economy Cristiano Heckert presented expressive figures related to the tele-job adopted by the federal bodies between April and August. R$ 1.4 billion expenses less. Based on this expressive cost reduction result, the Management Department already estimates savings of R$ 1.3 billion in the next three years upon reduction of the expenses for rental of public buildings.

To close the event, we had the “Virtual Library” panel discussing the concept, which is still new in Brazil, but which was sped up by the pandemic this year. Letícia Strehl, Director of the Central Library of UFRGS and responsible to coordinate technically 31 libraries of the institution´s System; the CAPES Press Portal, as an example of knowledge repository for 20 years, which brought some perspectives in relation to the Brazilian libraries, Katyusha Madureira, Science & Technology analyst at Fundação Capes; who spoke about the experiences and the challenges faced by countries, which already use this mode of knowledge spreading, and Caren Milloy, Licensing Deputy Director of the United Kingdom Academic Network (Jisc), who made a statement, were present in the discussion.

There was also the chief scientist of Digital Strategy Company, extraordinary professor of Cesar School, emeritus professor of UFPE (Informatics Center – CIn), founder and president of the Administration Board of Porto Digital and board member of Magalu, MRV, CI&T and Capes, Silvio Meira, who presented the topic “It´s time for the information strategies”, showing a way the organizations shall follow for successful digital transformation.

The lectures, the debates, the podcasts, and everything else Forum RNP 2020 provided to the attendees is available on the event page https://forum.rnp.br.

The recorded videos of the lectures are also available on the RNP channel on Youtube, https://www.youtube.com/c/redernp.