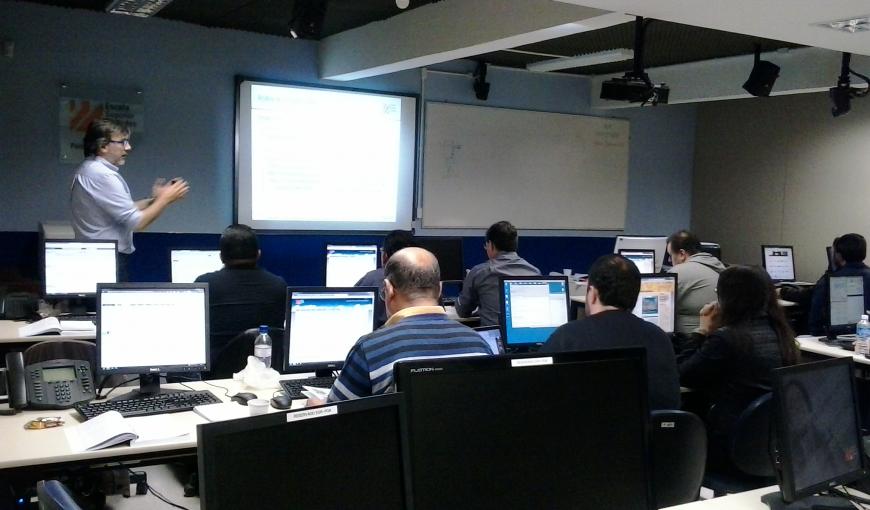 Ten years after its creation, the Networks School (Escola Superior de Redes - ESR) has established itself in the market as a provider of knowledge and qualification, beginning a new phase of specialization for professionals of the Information Technology (IT) segment, with a differentiated and innovative outlook.

The great competitive edge, however, is the work carried out, which is breaking geographic barriers and taking over the world. In Africa, ESR created a qualification center in the city of Maputo, capital of Mozambique, to offer training and bring the knowledge of experts of the Brazilian academic network to the African continent. The action is included within the scope of the cooperation between RNP and the Mozambican academic network, MoRENet.

The first remote qualification program for technicians of the universities of Mozambique is scheduled to take place at the end of September, and shall deal with "Web Applications Invasion Testing”, a theme chosen due to the need to develop advanced security skills. Mozambican specialists have also been trained by ESR and are already giving network and system administration courses at São Tomás University of Mozambique.

In Colombia, it served as model for the creation of Escuela Superior de Redes Colombia, founded in Bogotá, in partnership with the Brazilian Advanced Technology Academic Network (Rede Nacional Acadêmica de Tecnologia Avançada - Renata). Recently, the academic coordinator of ESR’s IT Governance and Security department, Edson Kowask, visited the Colombian capital to give part of the “IT Governance Basics” at said unit.

“With MoRENet, our cooperation agreement is intended to provide support to the process of implementation and consolidation of the African network, by means of IT technical qualification and sharing of information and good practices in engineering, management and governance of advanced nation-wide networks. With Renata, we are taking part in some courses in the IT Governance segment, with specialization in Government and Management and in Government and Security”, ESR’s coordinator, Luiz Coelho, explains.

With ten years of experience and a team specialized in modeling and meeting the demand for IT professionals’ qualification, ESR is also planning on building other qualification centers outside Brazil and entering into new partnerships in the future. Its main clients currently include the Ministries of Science, Technology and Innovation (MCTI), Education (MEC) and Health (MS), the Armed Forces and the Brazilian Judicial System.

One of the modalities that draw attention in the application of ESR’s courses is the Distributed Classes methodology, an initiative developed by RNP, which allows the expansion of knowledge, in a simultaneous manner, with high quality and interactivity of audio and video. The student attends the classes given at the television room of another city (or country), and may interact in real time. There is also support from a monitor, in each room, who assists the students with the conduction of the practical activities at the laboratory. “This modality also entails a cost decrease because it does not require the teachers and students to travel”, Luiz stresses.

ESR’s inauguration took place in 2005, during RNP’s Qualification and Innovation Seminar (SCI), held in Brasília. The first course, given at the time by Luiz Coelho, was Introduction to Network Security.

“Given that the IT technicians of RNP’s user institutions were given training only once a year, during the SCI, we decided to create a school to provide qualification, professional development and dissemination of knowledge on TIC”, Luiz tells us.

In addition, the expansion of the Ipê network and the increase of the number of institutions served by RNP’s backbone brought a new scenario to light: the need for the constant offer of courses specialized in the IT segment, different from the ones available in the market.

With a practical focus, ESR offers a qualification model aligned with the demands of the job market. Divided into basic, intermediate and advanced, the courses have full hours, with a duration of two to five days. They include practical classes, given in laboratories connected to RNP’s high-speed network, and simulations of situations lived by professionals from the several areas of IT.

ESR also offers a virtual learning environment with complementary materials, which allows the students to have access to the most up-to-date version of the contents.

The novelties entail an increase of the qualifications. “We expect to end the year with 164 classes, including the regular ones and the in company ones”, Luiz Coelho estimates. One of the surprises of 2015 was the total filling of the spots offered at the opening course of IT Planning and Contracting, at ESR’s new unit in Manaus (State of Amazonas).

Still in this year, ESR should get a new client from the judiciary branch: The Regional Electoral Court of Roraima (TRE-RR), which has just contracted the Information Security Management course - NBR 27001 and NBR 27002, to qualify 15 managers from different departments of the court.

Since 2009, several qualification programs have been given at different courts of justice throughout Brazil. Those that provide courses to their employees more often are those of Bahia, Rio de Janeiro and Piauí. They are responsible for contracting more than 390 spots. The courses that stand out include the IT Governance (58 courses), Security (21 courses) and Network Administration and Design (15 courses).