Every year, the Brazilian Ministry of Education (MEC) opens the doors to free, public higher education through the Unified Selection System (SiSU). During the few days when registration is open, youngsters and adults from all over the country have the opportunity to apply for a spot in a list of programs from several institutions. In addition to being a social commitment that involves the dreams of millions of Brazilians, in the behind the scenes of this system that is a component of a public policy for education, there is a task force to ensure the best possible performance and solve some business challenges, among them, technological ones. For this reason, MEC has the support of the National Education and Research Network (RNP), which, since 2020, has operated the SiSU on a cloud environment after having migrated it.

There, the system portal has an infrastructure with the capacity to support the millions of connections and thousands of simultaneous accesses received over a short period of time - the days during which registration is open, twice a year. In addition to a high computational capacity, this infrastructure provides resilience, scalability, agility, security, and stability, with the possibility of "growing" with the demand.

The record witnessed in the first edition of this year, held between 6 and 14/04, is a good example to explain the advantages of the cloud: during the first day of registration, 1,415,563 entries were computed. That is the greatest number of entries in this time frame, considering all previous editions. With an above-average volume of requests, the team of specialists responsible for the operation modeled components of the cloud, and SiSU continued running as usual, with no unavailabilities. All this happened in real-time while the clock was running and the candidates enrolled. If a similar situation were to occur in a local infrastructure, the Brazilian Ministry of Education would have to provide more computing capacity in the middle of the enrollment period, which could take longer than necessary, with higher costs.

According to the Undersecretary of Information and Communication Technology (ICT) of MEC, André Henrique Castro, when it comes to projects of such complexity, such as SiSU, it is key to have good planning, good project management, partners, and experts who will contribute in the process. "We conducted multiple tests, validations of resources, security analyzes, simulations, and load testing, which allowed us to anticipate the possible problems and user behaviors. Of course, it is impossible to control all variables, which is why having a team of experts of a high caliber working with modern tools and technologies enables greater action possibilities. Beyond doubt, the use of a cloud infrastructure gave us the resources needed to make the entire project possible, allowing us to escalate the environment as necessary and pursue the 'ideal cost' since it was possible to eliminate idleness and increase throughput in times of need. The elasticity and scalability capabilities, without doubt, are a great differential for solutions such as SiSU, which handles millions of accesses on a few specific days and hours," he argues.

The director of services and solutions at RNP, Antônio Carlos F. Nunes, complements: "Since the first edition in 2020, SiSU was migrated to the cloud, where it could rely on an infrastructure that is resilient, elastic, scalable, stable, agile, and safe, all fundamental characteristics for meeting the critical demand during enrollment days, when over a million students access the environment, with several moments of peaks of simultaneous accesses, seeking a spot in free quality higher education. In this first edition of 2021, the environment available, managed, operated, and monitored in real-time, was once again essential so that all records of registration could be beaten during the first day, with over 1.4 million registrations completed. Despite the need for adjustments during its execution, this type of cloud architecture and a highly qualified team enable the implementation of the national policy for higher education, with direct impacts on the quality of the platform made available for millions of Brazilian students".

It worked! With impressive figures, such as spikes of 64,500 concurrent users and 6,505 entries per minutes.

Another unprecedented figure: In this edition, there was the greatest percentage of accesses from mobile devices.

In the face of such figures, the Secretary of Higher Education (Sesu) of MEC, Wagner Vilas Boas, argues that this SiSU edition can be considered a success! "The migration of the program to the cloud increased their access capacity, ensuring stability and scalability in the processing capacity to meet the growing demand of students. MEC took into consideration the need for investments in infrastructure to accommodate a system that receives a massive volume of accesses over approximately 10 days a year, and that benefits millions of Brazilians since SiSU is the main way to access public higher education, using the grade from the National Upper Secondary Education Exam (ENEM) in Brazil," he argues.

Among these millions of students is young Victoria Angel, an 18-year-old. Having just graduated from upper secondary education, she follows an intense routine of studies to achieve the next step in her academic and professional life: study medicine to help people. And she already knows where she wants to make this childhood dream come true - at the Escola Superior de Ciências da Saúde (ESCS), in Brasília, where she currently lives, or at the University of Pernambuco (UPE), in Recife, where she has some relatives. Both renowned institutions were, respectively, her first and second options of programs in SiSU. 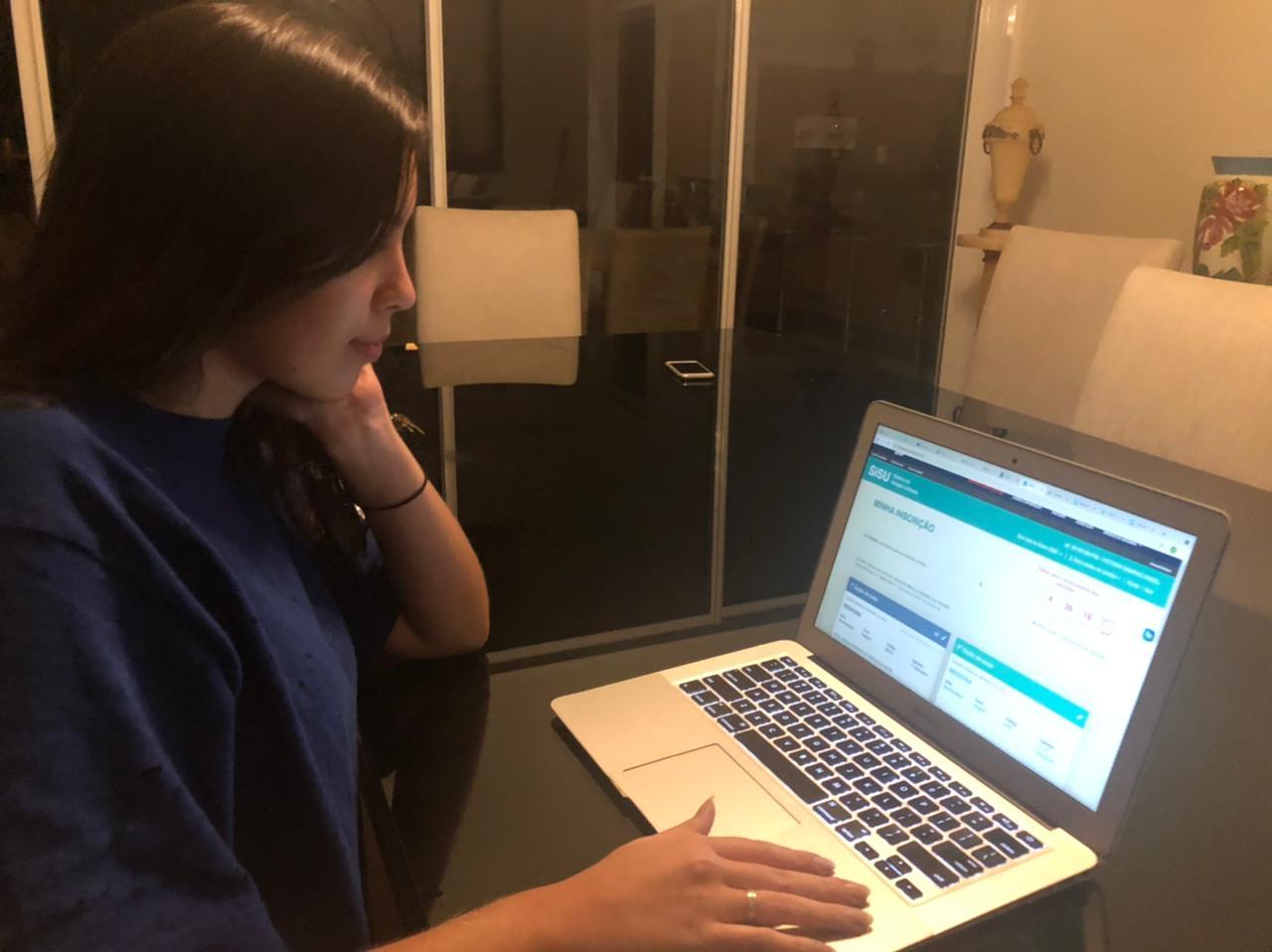 To have a chance to get one of the spots, she registered through the portal on the first day and commented on her experience using the website: "It was quite easy to register! I thought the website was intuitive and practical. During the enrollment days, I accessed the website in the morning; there was no need to do it in the middle of the night. I never lost my connection! I did not have any problems".

These stories behind the figures are the key to a performance of excellence, in the opinion of the Undersecretary of ICT, André Henrique Castro. "The major challenge in modern technology is to understand that we do not manage IT for the sake of IT; we have to understand the business and know that IT is part of the strategy and capacity of an institution to deliver value, and this makes all the difference. This way, we know that a security breach, system instability, or unavailability can affect the final outcome of public policy, which makes us even more careful in implementing these principles. To have the opportunity to undertake a process of such complexity, which had faced, historically, performance issues and downtime, and receive feedback from our users that the solution worked and was available when it was needed, with registrations being completed in about five minutes, brings us great joy in the face of the results achieved. We are sure that we have taken a big step for quality and value delivery in this cycle of SiSU", celebrates André.

With the completion of this edition, Secretary Wagner Vilas Boas looks towards the future: "Our expectation is to continue to provide a stable, agile, safe and simples environment to users of the Brazilian public education structure, in addition to improving the maturity of MEC in cloud computing".

Want to know more about the migration of SiSU to the cloud? Visit our case!

Sisu: two million subscriptions and focus on user experience are highlights of the first edition of 2022

MCom will connect public elementary and high schools throughout Brazil