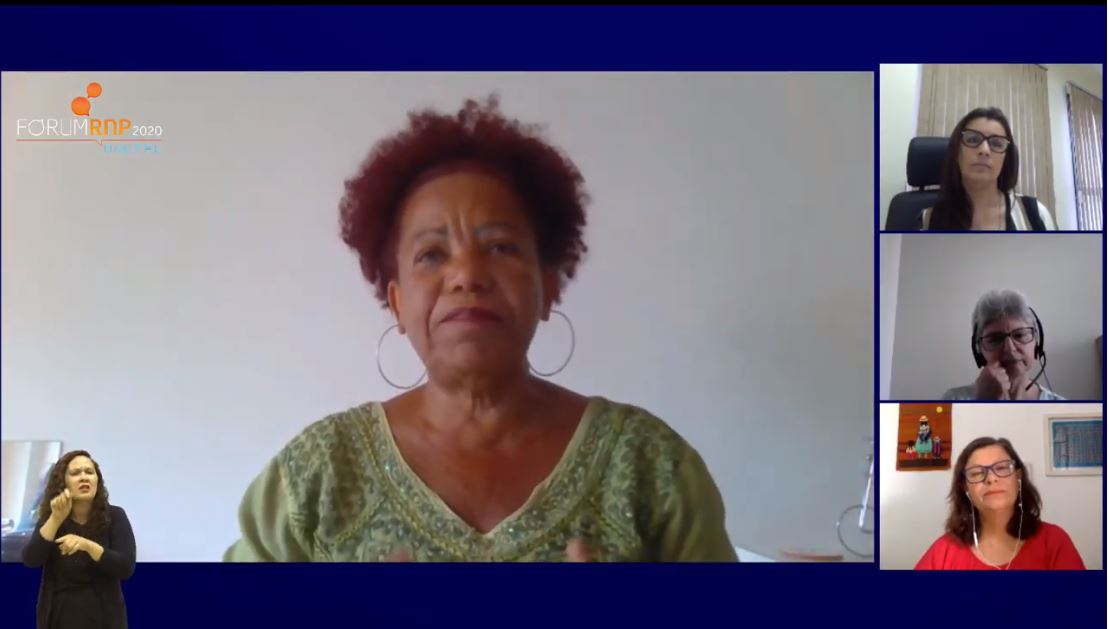 Although history shows us that great technological achievements over the years and around the world have been conquered and discovered by women, even today, giving voice and space to the female audience in the Information and Communication Technology (ICT) area is a challenge.

This was the subject of one of the panels carried out by women who chose the exact sciences as profession, and who, during the Forum RNP 2020, discussed their trajectories and the common points they had, such as the cultural and the social barriers of a mainly male environment.

Thus, today we propose reflection with the words of these women, who are part of (still) small number of specialists who wish to stimulate and transform the cultural and the structural vision of gender within this scenario.

Learn more by watching the full lecture on our YouTube channel

Do want to hear the full lecture? We transformed it into podcast. Listen now on Spotify

ICT: “an area lacking female presence so much”

Carla Pires, IT director of Instituto Federal de Educação, Ciência e Tecnologia Sul-riograndense (IFSul), started her speech at the panel with a key phrase: “The IT sector is an area female presence so much”. The panel moderator showed data that not only support the current scenario, but reflect the journey of many women as well, both academic and professional: only 29% of the vacancies in the courses in the technology area are occupied by women.

Despite the data that sound discouraging, the purpose of the panel was the participation of the IT analyst of Instituto Federal da Bahia (IFBA), Edna Mattos; the former director of CPD of Universidade Federal do Rio Grande do Sul (UFRGS), Jussara Musse; and the RD&I director of RNP, Iara Machado, to encourage a new way to honor and provide opportunities for the participation of this population in the ICT area.

"Why is technology not a girls' area?"

Since the age of 15, Iara Machado has already studied algorithms, programming and loved mathematics. It was in high school when she chose the Data Processing course, around 1971. Throughout her career, when studying physics at UFRJ, the academic scenario made her question the cultural issue related to the presence of women in the area. "Why isn't technology a girls' area?".

As an answer, the data still reveals that only 9% of the women have an IT career at Universities and Federal Institutes. In coordination and direction positions, there are only 15%, and of this percentage, the number drops to 2% in strategic and leadership positions, such as Administration. "They are not part of the decision-making process," Carla says.

Other numbers discussed in the panel are related to the Points of Presence of RNP. Over 20 years, according to the research presented by Carla, only 6 to 7 women were present. Currently, there are three collaborators. “It is necessary to practice these changes”, Carla completes.

Iara Machado is the RD&I director at RNP, and although the number of female employees is lower than expected, she commemorates in every selection process. “The environment today is already a little less tense, heavy. But there is still a lot of discrimination. There are many men who supported me during my journey, who empowered me and gave opportunities to me. But I believe that it is a collective work, both for men and women, for there not to be discrimination or prejudice. I think we are moving towards that”.

“In my 25 years in the Federal Government, 21 have been in management positions. Throughout this trajectory, most of the time, I was the only woman in the group”.

Edna Mattos, IT analyst at Instituto Federal da Bahia (IFBA), shared many remarkable and struggle stories throughout her professional career. At the beginning, she suffered from gender, class and race discrimination. “The Information Technology area is, and continues to be, an area for men, people from the wealthier class and whites. So, for me, clearer at that moment of being discriminated for being a woman, it was being discriminated because I was black”, she recalls.

But for a dreamer and strong woman, Edna managed to overcome the social challenges year after year and conquered a renowned and meaningful career, being, at several occasions, the only and/or the first woman to accomplish such achievement or title. “I am part of the group of the first people to occupy the position of System Analyst at Agro-Technical Federal schools, I am also the first system analyst at IFBA, where I went through redistribution in 1998. At IFBA, for 13 consecutive years, I was responsible for the IT sector, where I worked hard on its restructuring, and mainly, on its valuation”.

Edna also participated in the creation of the Information Technology Managers Forum of the Federal Institutes of Education (Forti), of which she was president for 10 years, and where Carla Pires is a coordinator today. Recently, she was director of the campus of IFBA in the city of Santo Antônio de Jesus, where she completed her administration in 2019, leaving three higher education courses in the IT area operating.

When recalling her trajectory, Edna points out, “in these 25 years I have been in the Federal Government, 21 have been in management positions. Throughout this trajectory, most of the time, I was the only woman in the group”.

“We, as managers, have to honor the women who work with us”.

Jussara Musse was the founder of CGTIC-Andifes, College of ICT Managers of the Federal Higher Education Institution. “Thanks to a female dean, I became the first, and until today, the only director of CPD at UFRGS”, she comments.

Jussara's career also underwent many challenges and discrimination, as she points out, “I was going to either leave, or decide to fight”. And her struggle was so successful that she was the first speaker of the Electrical Engineering course at the Universidade Federal do Rio Grande do Sul (UFRGS). “40 years ago it was difficult, very difficult, now it is still difficult”, she laments.

However, in spite of all the difficulties presented in the panel, the encouragement in everyone´s speech reinforces the need to continue in transformation that affects the public and private environment. “We have to encourage women to pursue a career in management, because with the numbers Carla said, it is scandalous. We are almost 10% of the IT vacancies in the public institutions, but we occupy 2% of the management vacancies. So, the funnel is very big and we have to expand it. We, as managers, have to honor the women who work with us”, Musse adds.

And in addition to the exchange of experience, difficulties, challenges and discrimination, these women know that together, in addition to the exact, the barriers can be disruptive for a new future. So, if you want to know more or expose your voice in this scenario, you are invited to participate in the Facebook group “Exact Women” or join the WhatsApp group (19) 99121-1714.

For those who want to watch or recall the debate at Forum RNP 2020, check the video out on our YouTube Channel.