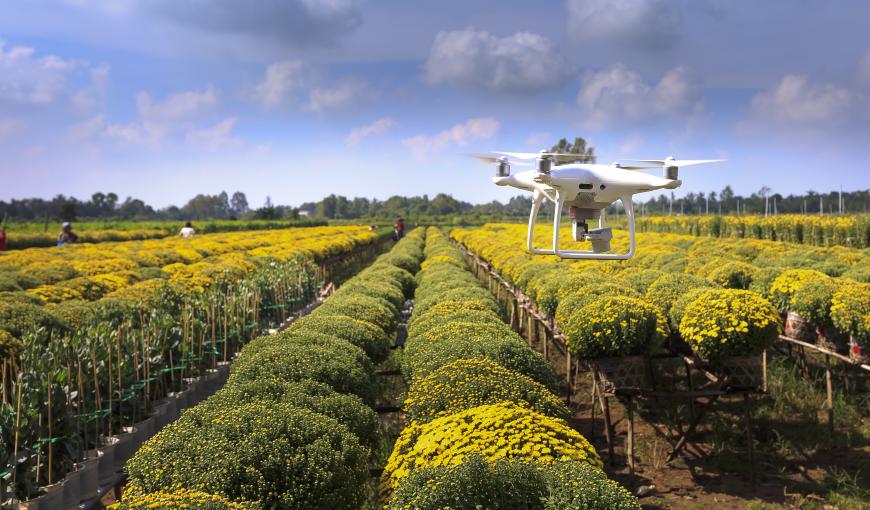 A partnership between Brazilian and European researchers aims at bringing the Internet of Things (IoT) concept to the field through a multi-rate irrigation system. The Smart Water Management Platform (SWAMP) project will develop a solution that distributes the exact amount of water in the given management zone within the crop. With the new solution, they intended to use the artificial intelligence to increase the accuracy in the application of the water, and to obtain greater productivity, avoiding waste.

The initiative is led by researcher Carlos Kamienski of the Federal University of ABC (UFABC). He believes that the greatest contribution of the project is the production of practical knowledge, given that the theoretical benefits are already known. For Kamienski, it will now be possible to test and assess how the techniques work and whether they apply. "Working in a consortium with other regions, as well as other countries, allows researchers with different backgrounds and expertise to act together and share the results of experiments", he says.

In Brazil, Swamp will apply pilot projects in two types of irrigation. In the Matopiba region, which includes the states of Maranhão, Tocantins, Piauí and Bahia, a central pivot project linked to smart sensors in soybean and cotton crops will be applied. In the Guaspari Winery, in Espírito Santo Pinhal, in the state of São Paulo, a Swamp pilot will be tested on drip techniques in the production of vines. Two other units will also be implemented and assessed in Europe.

The researcher at Embrapa-Instrumentation, André Torre, explains that the sensors will measure the potential of water in the soil, and can detect, for example, permanent wilt - in which the plant can no longer draw water from the soil - and the field capacity, which is the maximum possibility of soil to retain water before surface runoff. "The process also takes into account several other factors, such as the topography of the terrain and the electrical conductivity of the soil", he explains. From this huge amount of information, a Big Data processor connected to the sensors will interpret the data and respond in real-time, making the proper management of water use in irrigation.

The initiative will receive BRL 4.8 million from the Brazilian government, through RNP, which uses funds from the Informatics Law, in addition to another EUR 1.5 million financed by the European Union's H2020 program.

This is the second article in the series of articles in which we will present in detail the six projects selected by the 4th BR-EU Cooperation Program in ICT. The purpose is for researchers to have space to present in a concrete way what will be developed during this three-year period of activities funded by the cooperation. In Brazil, the program is carried out by RNP, through its Research and Development Centre in Information and Communication Technology (CTIC), under the supervision of the Secretariat of Informatics Policy (Sepin) of the Ministry of Science, Technology, Innovation and Communications (MCTIC). Next week, you will learn about the OCARIoT project, Smart Childhood Obesity Caring Solution Using the Internet of Things Potential.