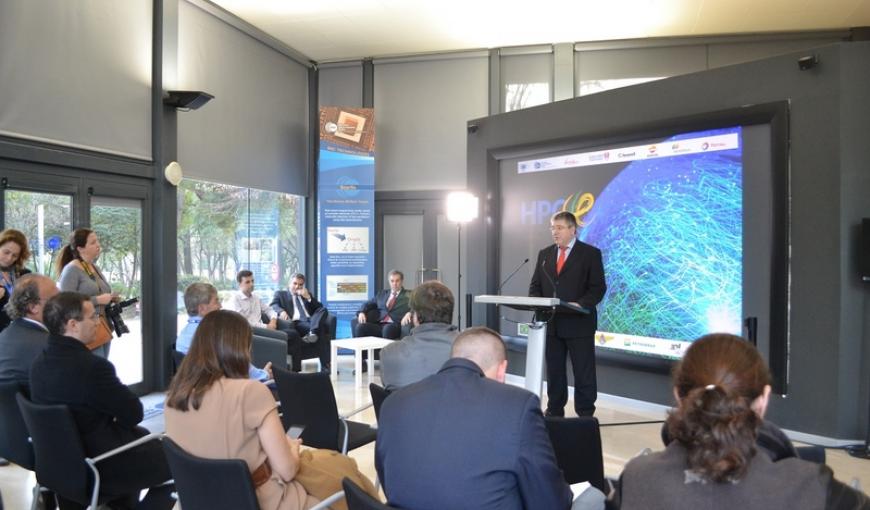 The five projects selected in the 3rd Coordinated Brazil-European Union Call in Information and Communication Techniques (ICT) took the first step in their activities. Between the months of January and March, kick-off meetings of each of the initiatives were held. All gatherings featured representatives from Brazil and from the European Union. The projects are being financed by RNP and the Minister of Science, Technology and Innovation (MCTI), along with the European Union.

The first meeting was that of the SecureCloud – Secure Big Data Processing in Untrusted Clouds project, held on January 27, 28 and 29, in Switzerland. The goal is to use the newest technologies in the study and deployment of a solution to provide confidentiality, integrity and availability for applications that are ran in cloud environments. The project has seven Brazilian institutions and seven European ones.

Professor Marco Vieira, from the University of Coimbra, in Portugal, coordinates the international team of researchers – United Kingdom, Ireland and Brazil, in addition to the university – that works in the EUBrasilCloudForum project. The initiative intends to create a “market place” on the web, offering a concrete, practical list of cloud computing success cases and services that arose from the BR-UE partnership.

The group’s kickoff meeting took place on January 28 and 29, in Portugal, and aimed to conduct an initial identification and definition of the themes that mirror the research challenges in cloud computing, and that strengthen the opportunities for collaboration between Brazil and Europe. According to Vieira, “the project’s intention is to identify the future research needs and draw a model that reinforces the collaboration between Brazil and Europe, which allows increasing European and Brazilian scientific competences”.

The third meeting was that of the High Performance Computing for Energy (HPC4E) project, which intends to develop high-performance simulation tools to help the power industry to understand the future energy demands and the environmental issues related to carbon. The event was held on February 2 and 3, in Spain.

The project will explore resources from the most important electronic infrastructures in high-performance computing (HPC) from Europe and Brazil, for studies in the energy industry. “The energy sector may benefit greatly from the possibilities offered by HPC. If high-performance computing is already deemed necessary for research and innovation, the next generation of supercomputers will be even more important”, José María Cela (image), director of the department of Computer Applications in Science and Engineering (Case), stressed. Case is part of the Barcelona Supercomputing Center and will perform an essential role in the development of new simulation algorithms and HPC tools for the power sector.

A tree that falls in Belo Horizonte may affect various administrative spheres of the city: the traffic manager must take measures to relieve traffic; the cleaning company must unblock the road; the energy utility company must reestablish service. These answers could be faster if the data that subside the managers’ decisions were integrated, stored and handled in the “cloud”. The case illustrate one of the potential benefits of the EUBra-BigSea project, which involves 12 universities across the globe interested in the development of methods, algorithms and technologies for cloud data storing platforms.

The project’s kickoff meeting was held on February 11 and 12, in Spain. EUBra-BigSea will launch a new Big Data Analytics platform to process large amounts of data in the shortest time possible and with minimum cost. Thereby, it will analyses georeferenced weather information, fixed public transportation routes, paths, roads, as well as comments, posts and other publications in social networks. Information in constant change and evolution. Ignacio Blanquer, coordinator of the project and researcher from the Polytechnic University of Valência (UPV), stated that the project’s main challenge is “to obtain cloud-hosted computational resources that adapt to information processing demands in an automatic manner, and allow applications to respond to the user immediately, adapting themselves to their needs at all times and anticipating the needs that may occur.”

To finish the presentations, a gathering by the Federated Union of Telecommunications Research Facilities for an EU-Brazil Open Laboratory (Futebol) project took place, on March 2, 3 and 4, in Portugal. The initiative intends to develop and deploy investigation structures, along with a control platform, in Europe and Brazil that allow performing experimental research in the convergence area between optical networks and wireless networks. The project also proposes to create a sustainable, collaborative ecosystem between Brazil and Europe, in favor of the development of research and innovation. Futebol features the participation of leaders from the telecommunications industry and academic institutions, including seven from Brazil and six from Europe.

Over the last few years, Brazil and the European Union have deepened their cooperation relationship in the fields of science and technology, through the joint launch of calls for advanced research and development projects in the area of information and communication technologies. This is the third stage of this cooperation, during which five projects were selected. They gather 49 institutions, out of which 23 are Brazilian and 26 are European – 24 universities, 17 companies and eight research centers.

The institutions in Brazil will receive, in total, R$22.1 million. The same amount shall be allocated by EU to the European participants in the project, totaling over R$44 million for fostering. Secondarily, the call will contemplate the improvement of the Future Internet Brazilian Environment for Experimentation (Fibre) experimental platform, which shall work as support to the chosen proposals.