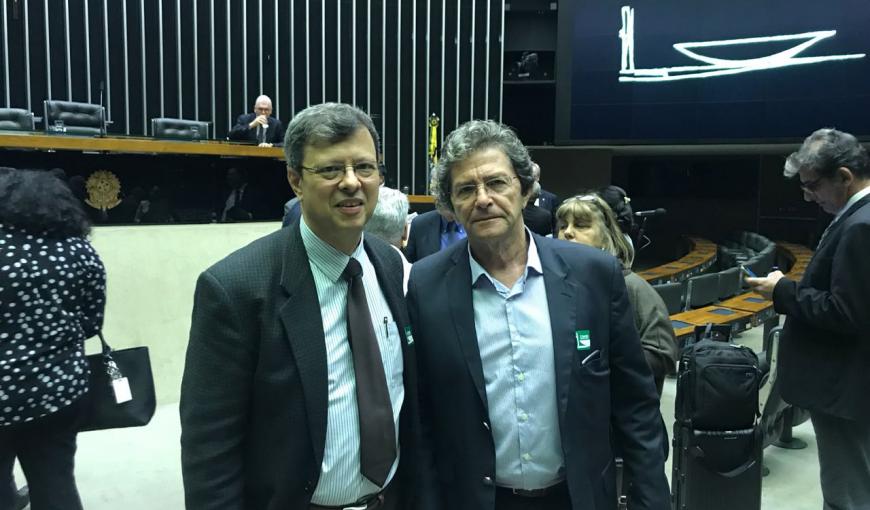 RNP participated today, July 12th, in the 2nd March for Science in the House of Representatives, along with organizations such as SBPC (Brazilian Society for the Advancement of Science), ABC (Brazilian Academy of Sciences), Capes (Coordination for Improvement of Higher Education Personnel), Andifes (Brazilian Association of Rectors of Higher Education Institutions), Consecti (National Council of State Secretaries for Science, Technology and Innovation Affairs) and Fiocruz (Oswaldo Cruz Foundation). On the agenda, there was the need to recompose the resources destined to Science, Technology and Innovation in Brazil.

According to the president of SBPC, Ildeu de Castro, "the Legal Framework for Science, Technology and Innovation was an advance, but it needs to be consolidated". He stressed that the SBPC will deliver to the presidential candidates a letter calling for the repeal of Constitutional Amendment 95, known as the Lei do Teto (Ceiling Law), because "in a country that is immensely unequal as Brazil, it is unacceptable to freeze spending on public policies of reach and social impact, such as those related to Basic Education”.

For the president of the Brazilian Academy of Sciences (ABC), Luiz Davidovich, "the government only wants to cut costs but it is not making investments". He highlighted the current scenario of brain drain, that is, the departure of high-level researchers to other countries, as a crime of lese-motherland "that dismantles science, industry and the future of the country".

The president of Consecti, Francilene Garcia, highlighted in her speech the importance of the sector to society. "CT&I is the only and main asset that belongs to Brazilian society, along with education, which can extend our borders", she said.

RNP's Director of Services and Solutions, José Luiz Ribeiro Filho, highlighted the role of the organization, ensuring the economics of public resources in offering services to the academic community. "The investments made by Brazil in this infrastructure (RNP) over 26 years represent an achievement and an invaluable asset to the Brazilian scientific community, which benefits from state of the art information and communication technology for world-class education, development and research".

"The interruption or even reduction of the minimum investments that have been made since the 2016 crisis of the support system to the scientific research in Brazil will represent a major setback for the results and the numerous researches in progress in the country, as well as for the development of innovative entrepreneurship, compromising, in the medium and long term, the economic growth of the country and our participation in the global economy", concluded RNP’s director.