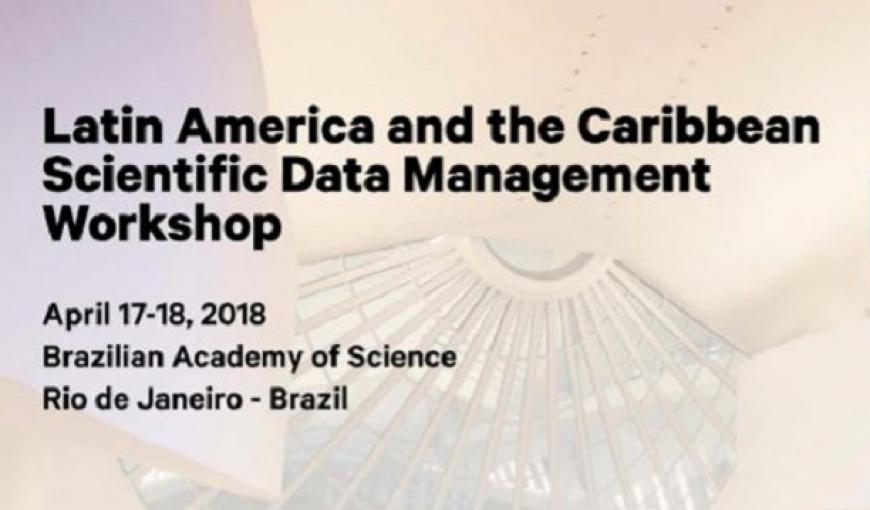 On April 17th and 18th, the Brazilian Academy of Sciences (ABC) hosted the Workshop on Scientific Data Management in Latin America and the Caribbean. The event was co-hosted by the Museum of Tomorrow and the World Data System of the International Science Council (ICSU-WDS).

The meeting discussed practices and experiences in the implementation of scientific data repositories in Latin American and Caribbean countries. Among the key topics discussed at the workshop are the challenges of data management, the initiatives that are already being taken in this scope, and the funding and certification of research data repositories.

RNP presented initiatives to support the academic network so that institutions participate in scientific collaborations, especially those that assist in the transfer of data between geographically distant groups. One of them is the Science DMZ initiative, which can improve the transfer performance of large datasets. Another initiative presented was the Brazilian Research Data Network (GT-RDP Brasil) project, in partnership with the Brazilian Institute of Science and Technology Information (IBICT), the federal universities of Rio Grande do Sul (UFRGS ) and Rio Grande (FURG), which aims at prototyping a service for open access to research data.

The project, which will last one year, carried out a survey to map practices of open access to research data in Brazilian institutions, as well as the Brazilian researchers' perceptions on the need for data storage and management service. "We were impressed by the significant number of 4,703 respondents. Of this total, 31% said they did not share their data because of the lack of available infrastructure. We are still analysing the results of the survey, which will be made public, openly, later on", said RNP R&D manager Leandro Ciuffo.

The workshop was supported by the Inter-American Network of Academies of Science (IANAS), the Regional Office for Latin America and the Caribbean of the International Council for Science (ICSU-ROLAC), the Inter-American Institute for Global Change Research (IAI) and the Ministry of Science, Technology, Innovation and Communications (MCTIC). The institutional partners are the National Scientific Computation Laboratory (LNCC), the Brazilian National Research and Educational Network (RNP), the Brazilian Institute of Science and Technology Information (IBICT) and the French National Institute for Sustainable Development (IRD).