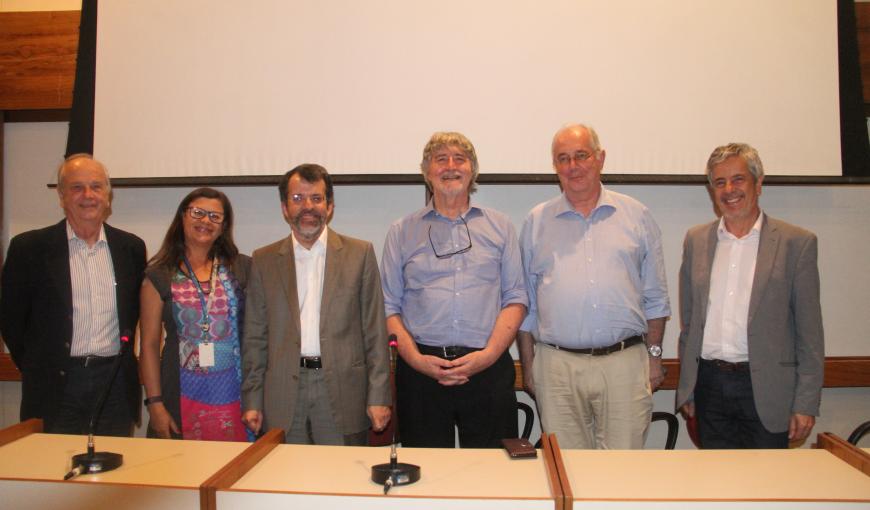 Last Thursday (April 26th), the Brazilian National Research and Educational Network (RNP) held a ceremony celebrating Michael Stanton, in recognition of his pioneering for the development of the internet and for his contribution to the diffusion of academic networks in Brazil. The solemnity took place in the auditorium of the Brazilian Center for Physical Research (CBPF) in Rio de Janeiro.

In the event, the director general of RNP, Nelson Simões, highlighted the role played by Michael for the emergence of the project of an academic network in Brazil. "Michael played a key role in training human resources both at universities and at RNP, which contributed to the development of the internet as a common asset. He has mobilized students and peers, broadening the social and economic impact of the internet", said Nelson.

Michael Stanton held the position of Director of Research and Development at RNP between 2002 and 2018. He is a PhD in Mathematics from Cambridge University, and was a professor at the Pontifical Catholic University of Rio de Janeiro (PUC-Rio) and Fluminense Federal University (UFF). He has contributed to the academic research in architecture and engineering of computer networks.

After the launching of NSFNET, a network of the National Science Foundation (NSF) that linked universities and research laboratories in the United States in the 1980s, Michael advocated the creation of an academic network in Brazil. The result of this mobilization was the emergence of the RNP project in 1989. Michael participated in the coordination of the RNP project until 1993 and returned to the organization in 2001, as Director of Innovation, and later as Director of R&D.

Among his pioneering projects are the redesign of the internal networks of PUC-Rio and UFF, Rede-Rio (Bitnet and Internet phases), the experimental fibre optic network of the GIGA project and the metropolitan network of Belém do Pará (MetroBel). Michael is currently working on the construction project for the new RedCLARA backbone, which integrates Latin American academic networks, and is involved in new intercontinental submarine cable projects.