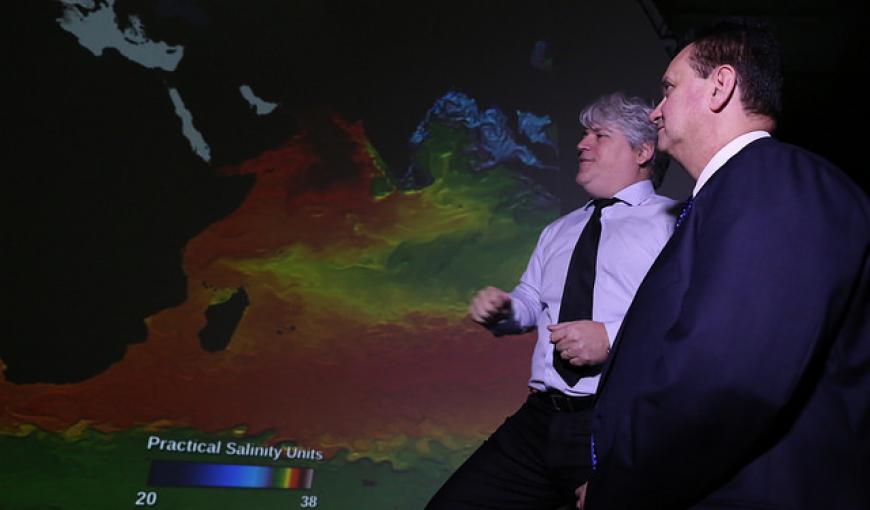 The Minister of Science, Technology, Innovations and Communications, Gilberto Kassab, described the inauguration of the Lobo Carneiro supercomputer as “iconic”, at the Alberto Luiz Coimbra Institute of Graduate Studies and Research in Engineering of the Federal University of Rio de Janeiro (Coppe/UFRJ), on July 13.

"In a moment of very difficult economic circumstances, Coppe is an example of competence, efficacy and love for the country, by making all efforts necessary to gift Brazil with this supercomputer, through partnerships, overcoming important challenges. We all know what the consolidation of a project such as this means”, Kassab said.

Considered the most potent supercomputer installed in a federal university in the country, Lobo Carneiro has a capacity of 226 teraflops, that is, it may run 226 trillion mathematical operations per second. The use of the machine shall be shared between researchers from Coppe and other units from the UFRJ, research institutes and public and private companies.

In the minister’s point of view, the supercomputer shall “bring development, help rescue and improve the country’s self-esteem and, once again, it shall prove Coppe’s fundamental role in the consolidation of large Brazilian projects in these last few decades, especially in the petrol segment”.

The supercomputer costed R$ 10 million, which funds arose from the exploration, development and production of oil and natural gas. The concession contracts allocate 1% of the funds to research, development and innovation projects. The National Agency of Petroleum, Natural Gas and Biofuels (ANP) is responsible for the management of the budget.

"Our presence here aims to express our deepest conviction regarding the need for an increasingly greater support from the federal government for Coppe”, Kassab stated. “It is evident that, more and more, there is a greater weight from private resources in these research projects, through partnerships, but the first fuel has been, in general, public resources”.

According to the minister, MCTIC’s Secretary of Policies and Programs of Research and Development, Jailson de Andrade, must schedule meetings with Coppe’s board, so the MCTIC may support the financing of the supercomputer.

Photo: Researcher Gerson Cunha, from Coppe/UFRJ, presents the minister with an analysis performed by the supercomputer Lobo Carneiro. Credit: Ascom/MCTIC