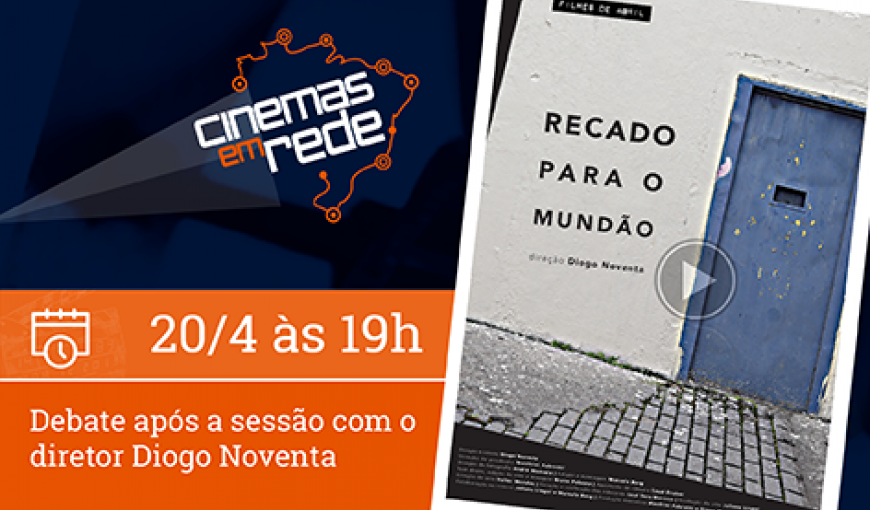 The Networked Cinema project, which promotes the broadcasting of audiovisual content among Brazilian universities, will present the documentary “Recado para o Mundão”, the first feature by director Diogo Noventa from São Paulo. The film will be shown on April 20 at 7 p.m. at several public universities in the country. Admission is free. The film, selected to participate in the 49th Brasília Festival in 2016, reflects on what boys and girls who are in the CASA Foundation (Socio-Educational Center for Adolescents) in São Paulo have to say about their life and the world in which they live in.

The director, to make the film, was in four units of the CASA Foundation and made an invitation for each young person to give a message to the camera. Brazilian law does not allow to show the faces of minors and, for this, each one of them chose a mask that represented him/her.

After the exhibition, a debate will be held with the filmmaker, in the cinema room of the School of Communications and Arts of the University of São Paulo (ECA-USP). The discussion will be broadcasted to the other rooms by the Web Conference of RNP. For the director , discussing about young people who comply with socio-educational measures is fundamental. “At the moment we are now living in the country, where people are intolerant, it is necessary to understand the reality that these young people are inserted and, mainly, the life trajectory and the consequences that it brought, all this is in the film”, he says.

The broadcast is the result of the Networked Cinema project, a cooperation between RNP and the Ministry of Culture (MinC) aiming to connect university cinemas and exhibitors to the network infrastructure operated by RNP, thus facilitating access and exchange of content to the rooms.