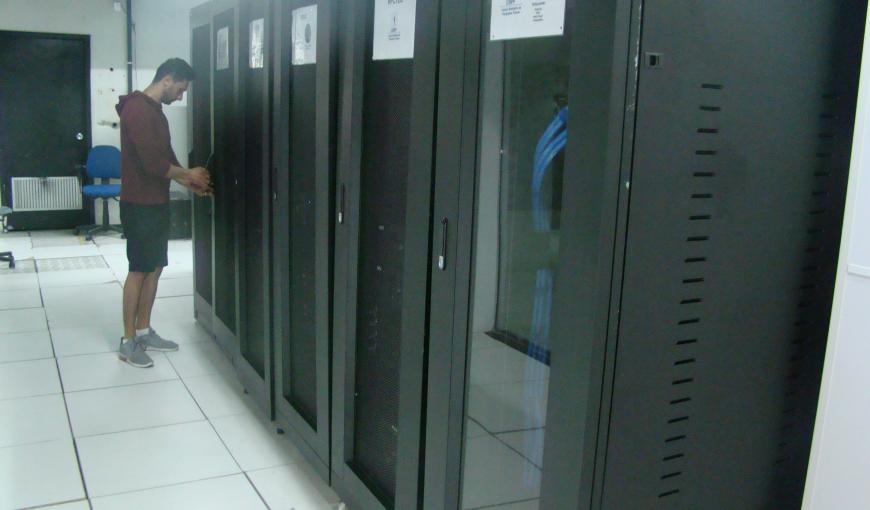 A new model of governance of the RNP (Rede Nacional de Ensino e Pesquisa - National Education and Research Network) Point of Presence in Rio de Janeiro (PoP-RJ) will come into effect on 01/01 next year. In this model, some responsibilities among the institutions involved were renegotiated, such as the management of PoP-RJ, which will move from the Laboratório Nacional de Computação Científica - LNCC (National Laboratory of Scientific Computation) to the Centro Brasileiro de Pesquisas Físicas – CBPF (Brazilian Center for Physical Research).

LNCC has been at the forefront of PoP-RJ since its inception in 1992 and played a key role in scientific research and technological development at the Ministry of Science, Technology, Innovation and Communications (MCTIC). The institution supported the advancement of high performance computing infrastructure for the national scientific and technological community and contributed in an essential way to the creation of the national backbone and the connection to the Internet that same year. After migrating from Rio de Janeiro to Petrópolis, only part of the LNCC team remained in the physical facilities of PoP-RJ, located in the premises of CBPF. The change of management intends to accelerate the decision-making processes and their subsequent implementations, due to the proximity between the operational and administrative facilities.

For LNCC technologist, Wagner Léo, “working with RNP brought a different perspective to those who worked directly with the management of the Rio de Janeiro Point of Presence. This period was very gratifying and positive for both professionals and end-users of the network.”

The first meeting among the directors of the institutions to discuss the changes in the management of PoP-RJ happened in April. At that occasion, actions were discussed to increase integration between institutions; qualification and response in the operation of critical information and communication technology services for the State and the Country. The development and management of PoP-RJ integrated to Rede Rio, consolidating a management center for advanced computing and communication services for science, and the new mission of the LNCC, together with RNP, to help expand the capillarity of the network through the State’s inland cities.

The Deputy Director of Institutional Relations, Gorgonio Araújo, emphasizes that the transition of the management of PoP-RJ is part of the strategy to strengthen the points of presence as representations of RNP in the States. “This change, which will be responsible for establishing roles more appropriate to the new reality of RNP services in Rio de Janeiro, is intended to provide greater stability in the provision of advanced connectivity and services”, explained Gorgonio.

Some changes are already being made at the PoP-RJ facilities, such as works to modernize and organize the physical and electrical structure, the remote monitoring of equipment temperature, in order to avoid technical incidents that may compromise internet access in the institutions. teaching, research, hospitals and other bodies that use the network. Among the challenges identified by the new management, under the responsibility of the Senior Technologist of CBPF, Marita Maestrelli, we emphasize the obtaining of redundancy channels of the internet signal to guarantee the stability of the connection, and the expansion of its functions, assuming the responsibilities of a scientific datacenter that, in addition to delivering the services expected from a point of presence, will encompass all of the connectivity and computing infrastructures for science.

According to CBPF Technologist Marcelo Albuquerque, the autonomy of the management of PoP-RJ by the institution will facilitate administrative logistics and expedite specific actions in emergency cases, since the physical structure is in the same building as the CBPF. “We are very enthusiastic about this new challenge and we hope to offer speed in the management of services and in the provision of quality infrastructure for the institutions that are served by the network”, concluded Marcelo.

Do you know what a RNP Point of Presence (PoP) is?

The PoPs are support areas present in all States of Brazil that operate the RNP infrastructure, the so-called Ipê Network, which offers connectivity, services and solutions for teaching, research and innovation. The 27 Points of Presence have technical and administrative teams that help ensure end users access to the Ipê Network with quality and high availability.