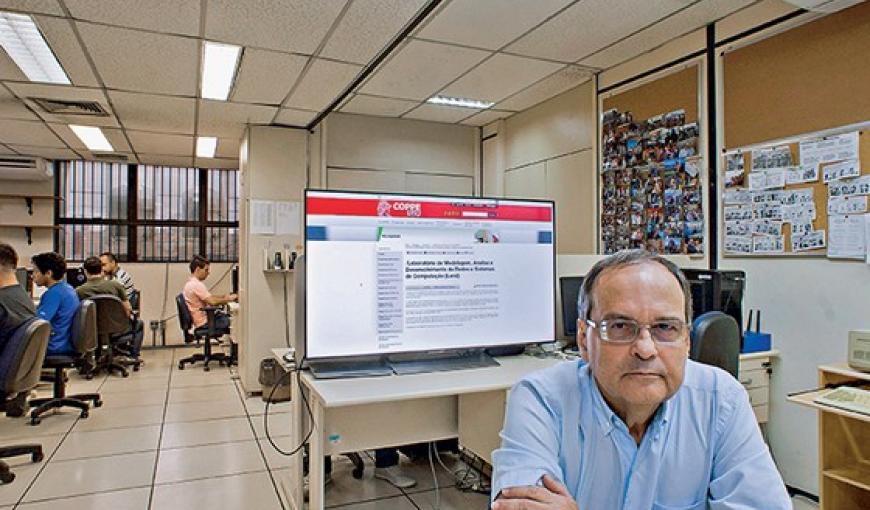 The PC xt 8086, Brazil’s first computer to directly access the NSFnet - the National Science Foundation (NSF) academic network and precursor of the Internet, was the highlight of the April edition of Época magazine. Edmundo de Souza e Silva, of the Computing and System Engineering Program at Coppe of the Federal University of Rio de Janeiro (UFRJ), was interviewed by reporters Sérgio Matsuura and Adriana Lorete. In 2017, the researcher was honored with a certificate by RNP acknowledging him as one of the Internet Builders.

According to the news article, Edmundo de Souza e Silva completed his doctoral degree in Computer Science at the University of California, Los Angeles (UCLA), considered the cradle of the Internet in 1984.  Upon returning to Brazil in 1986, he managed to buy the PC XT 8086 using resources from the Brazilian Council for Scientific and Technological Development (CNPq). The equipment was connected to the NSFnet and functioned only as a terminal, using computers from UCLA.

In a letter, Lawrence Landweber, creator of the Computer Science Network (CSNET, that would later become NSFNET), informed that the NSF and DARPA had allowed Brazil to be connected to the U.S. via Internet Protocol (IP). Since there was no equipment capable of routing IP traffic, the solution found was to use Bitnet.

The first connection via Bitnet took place in 1998, between the São Paulo Research Foundation (Fapesp) network and the Fermi National Accelerator Laboratory (Fermilab) in the United States. That same connection, of 4,800 bits per second, transported IP packets in January of 1991 – an event many consider to be Brazil’s first contact with the Internet.

Around the same time, the Rio de Janeiro Research Foundation (Faperj) was working on the Rede Rio network project to connect state academic institutions. Its launch took place on May 22 of 1992 and the PC XT 8086 played a central part in it.

Read the full text at the Época magazine portal.