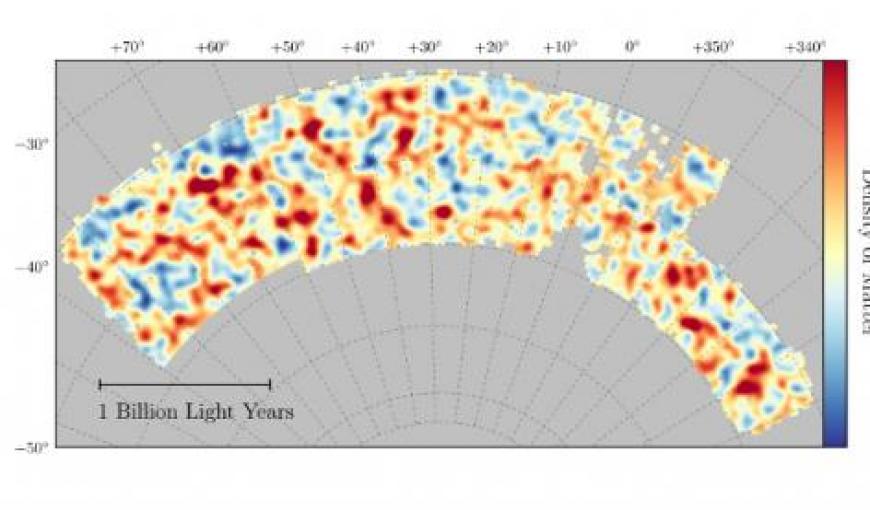 On 01/10, the Dark Energy Survey (DES) project made public the collection of data accumulated in the first three years of observation. The so-called Data Release 1 (DR1) is the largest photometric dataset available with the depth, area and accuracy achieved of the Southern Galactic Hemisphere, and its collection consists of approximately 400 million objects detected in 10,000 co-added images produced from approximately 40,000 exposures.

This is officially the first major public release of reduced images and wide-field co-added source catalogue from the first three years of full science operations, consisting in over 38,000 single exposure images, close to 62,000 co-added images covering 10,338 tiles over roughly 5,000 square degrees within the DES footprint, resulting in nearly 400 million distinct catalogued objects. Use the buttons below to access DR1 documentation and products.

Initially, the data will be distributed from the NCSA, in which the interested user must register. Through an agreement with NCSA and the DES collaboration, LIneA is developing an integrated system that includes tools for viewing images, catalogue overlays, and search in the Oracle database maintained by NCSA. "A Fermilab prototype is operating since April 2014, with over 4,500 visits from more than 250 registered users. From this data, a new system is being developed, this time in the NCSA environment, which hosts the date", explains the LIneA coordinator, Luiz Nicolaci.

The Dark Energy Survey (DES) counts on the participation of Brazilian scientists supported by the National Observatory (ON), through LIneA, and the National Institute of Science and Technology on the e-Universe (INCT e-Universo). The international study is comprised of 400 scientists from seven different countries.

Partnership between RNP and LIneA

RNP has been supporting LIneA since August 2012, providing access to the connection provisioning service for high volume data transfers, conducting diagnostics with the purpose of identifying possible connectivity issues between national and international partners, and preparing and coordinating R&D programs of tools to support data transfer.