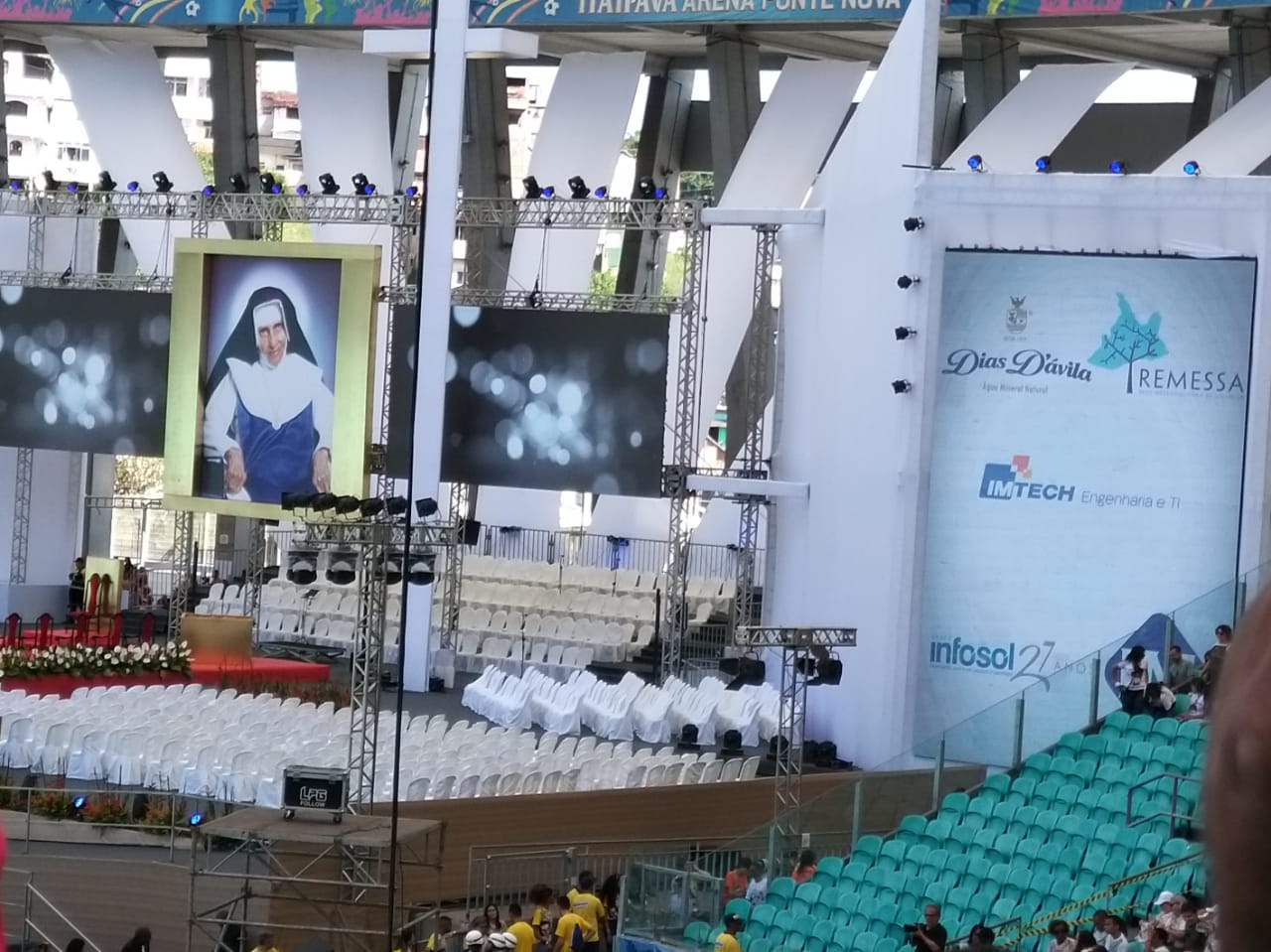 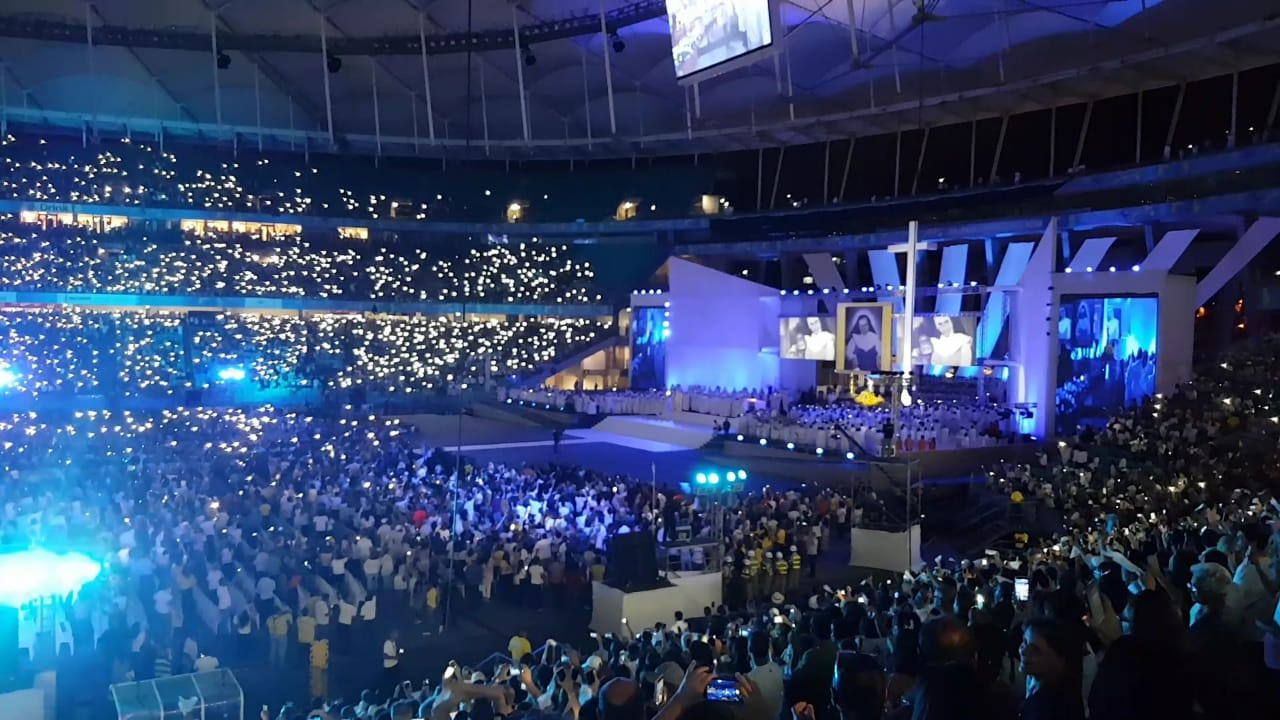 RNP has supported the connection of Arena Fonte Nova, in Salvador (BA), for the first mass to celebrate Sister Dulce’s canonization, who became the first Brazilian saint. The religious baiana woman became known by the Catholic Church as “Santa Dulce dos Pobres”.

The event took place on October 20, a week after the official canonization by pope Francisco, during a ceremony held on the Vatican that counted with a coverage made by several TV broadcasters. In order that the event could be broadcasted on the Internet, the Obras Sociais Irmã Dulce (OSID), which is a philanthropic organization, requested the support of the Salvador Metropolitan Network (Remessa) to connect Arena Fonte Nova to the network and ensure access to broadband internet at the venue.

According to Remessa data, through a double connection of 1 Gb/s, thousands of viewers were able to watch the ceremony through the online broadcast. 18,549 simultaneous accesses were registered watching the event, which created a traffic that reached the order of 23 Mb/s. The connection was supported by RNP and Telebras.

The spectacle gathered 49 thousand people in the stadium, where Sister Dulce’s life trajectory was introduced in plays, which also showed her cause to the poorest, sick and needed people.

Founded by the saint, Obras Sociais Irmã Dulce (OSID) is a philanthropic organization that represents one of the largest health centers funded 100% by SUS in the country and has participated in the Remessa since 2015. Due to its philanthropic character, since its adherence, the institution is exempt from the apportionment costs of the metropolitan network.