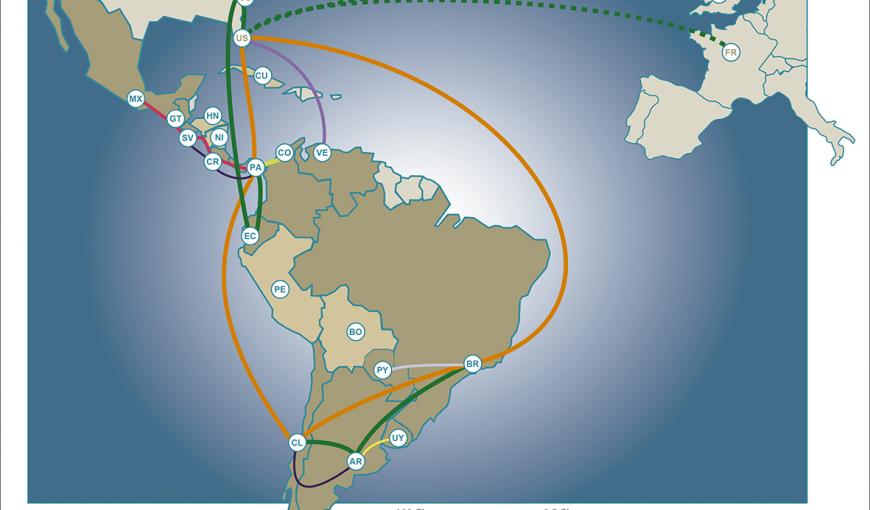 The Latin American Cooperation for Advanced Networks (RedCLARA) has inaugurated an international connection of 100 Gbps that interconnects Chile, Panama and the United States. The new link, which runs from Miami to Panama City, and then to Santiago, was developed in collaboration with AmLight, a consortium that operates the advanced networks for education and research between Latin America and the United States, and enables RedCLARA to substantially improve its network capacity. The link completes the 100 Gbps ring that already includes the stretch between São Paulo, Santiago and Miami.

According to RedCLARA, which is responsible for the implementation and management of the network infrastructure that interconnects Latin America's national education and research networks, the international connection will benefit the scientific-academic communities and many projects that lack adequate infrastructure to sustain their initiatives, contributing to the development of science, education, research and innovation in Latin America.