The President of the Republic, Jair Bolsonaro, and the Minister of Communications, Fábio Faria, participated in a technical visit that marks the implementation of Infovia 00, of the Norte Conectado program, which will take connectivity infrastructure from Macapá (AP) to Santarém (PA), passing through the cities of Alenquer, Almeirim and Monte Alegre.

The program has the National Education and Research Network (RNP) as the executor of the pilot project.
The delegation inspected the ferry that will launch the Infovia 00 subfluvial cable, considered a milestone in the actions of the Sustainable Integrated Amazon Program (PAIS), which is part of the Norte Conectado program, both coordinated by MCom. The subfluvial infrastructure will take high-speed internet and connect Macapá (AP) to Santarém (PA), passing through the cities of Alenquer, Almeirim and Monte Alegre.

“Amapá was the last Brazilian state to receive a optical fiber connection. Now, we are trying to reverse this situation, starting the project in Amapá”, said the secretary of Telecommunications, Arthur Coimbra, at the event held at Praia da Fazendinha, in Macapá.

The project is considered to have low environmental impact and high social impact, as it uses the beds of the Amazon rivers to serve the riverside population. The deployment of Infovia 00's main network is expected to be completed by January 31.

The deployment of optical fiber cable in Amazonas begins after approval by the Brazilian Institute for the Environment and Renewable Natural Resources (Ibama). The agency evaluated possible environmental impacts and authorized the licenses for the feasibility of the enterprise, carried out by the National Education and Research Network (RNP).

The construction of Infovia 00 had an investment of R$ 94 million, most of it from MCom resources. There were also transfers from the Ministry of Education (MEC), the National Council of Justice and amendments from the Senate. Infovia is made up of two segments that will independently connect the five municipalities. The connection will be made by four distinct segments: the 1st between Macapá and Almeirim; the 2nd between Almeirim and Monte Alegre; the 3rd between Monte Alegre and Santarém; and the 4th between Santarém and Alenquer.

The optical fiber infrastructure, coming from Germany, is 770 kilometers long. About one million people in Amapá and Pará will benefit, including riverside dwellers and artisanal fishermen.

ULTRA-FAST CONNECTION – The infrastructure network (backbone) will bring high-speed connections to cities. The cable has 24 pairs of optical fibers and each of these fibers supports 40 data channels, each with a capacity of 100 gigabits per second (Gbps) – a connection almost a thousand times greater than domestic broadband, which, on average, has a capacity of 100 megabits per second.

In each municipality, metropolitan networks will distribute the optical fiber signal to organizations. In this way, it will be possible to strengthen public policies on education, health and safety and digital inclusion. Infovia 00 metropolitan networks are due to be delivered by March 2022.

RNP, holder of the right to the entire infrastructure, will share access and infrastructure with the operators and telecommunications providers that make up the Open Consortium of the Neutral Operator. These companies will be responsible for operating, maintaining the network and bringing connectivity to cities.

PAIS – Altogether, the Sustainable Integrated Amazon Program (PAIS) foresees the construction of eight infoways that will be almost 12 thousand kilometers long, passing through the Amazon, Negro, Solimões, Madeira, Purus, Juruá and Rio Branco rivers. PAIS is a Federal Government initiative, carried out by MCom, with the aim of expanding the communications infrastructure in the Region.

The optical fiber cables will connect 58 cities in the North region and will benefit approximately 10 million Brazilians. The total investment for the construction of the infoways is R$ 1.7 billion. Part of the resource comes from a 5G auction. 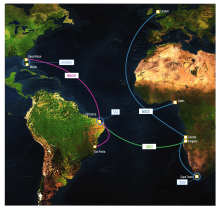 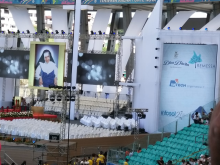 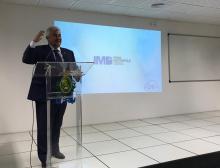