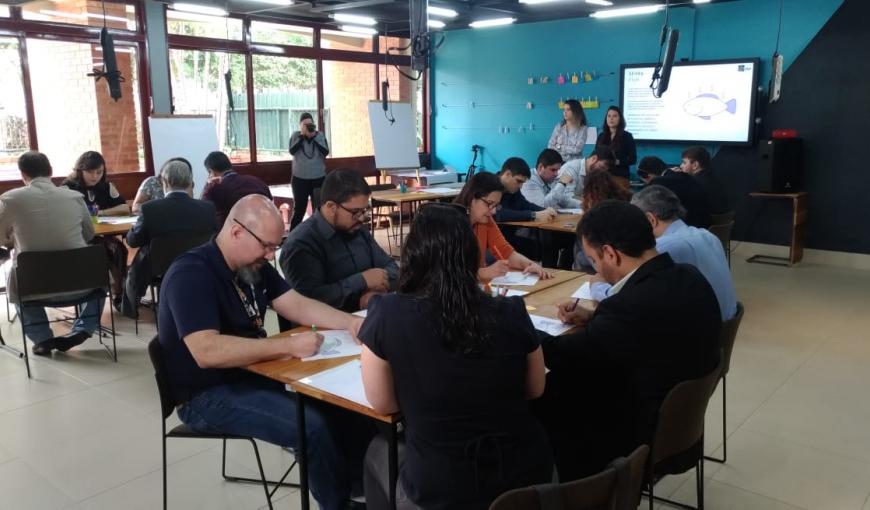 RNP (Rede Nacional de Ensino e Pesquisa - National Education and Research Network) is one of the institutions that make up the working group of the National Consortium on Education, Science, Technology and Innovation (Conecti), which works for initiatives that help researchers and enable greater integration among those involved in the intellectual production process. The idea aims to create a Unified Open Access Repository.

In order to help developing the consortium and draw up an action plan, the Conecti Brasil Workshop was held on October 30 in Brasília, in which 11 activities were done with the participants. They used the Business Canvas model, which brings together ideas, proposals, target audiences, partnerships, strengths and weaknesses, communication channels, costs, among others.

“In the workshop, the working groups were guided by a journey of innovation, which included designing the project, building the business model, focusing on sustainability, and defining the action plan”, said RNP Business Analyst, Carolina Souza, Officer in charge of facilitating the meeting.

For RNP Solutions Manager Cláudio da Silva, the result of the meeting brought the required basis for the development of the next steps of this initiative. “The workshop was critical for mapping the strategic initiatives of integrative technology platforms for the national system of science, technology, innovation and education, and was attended by all participants in the consortium”, said the Manager. Conecti Brasil should be released by the end of this year.