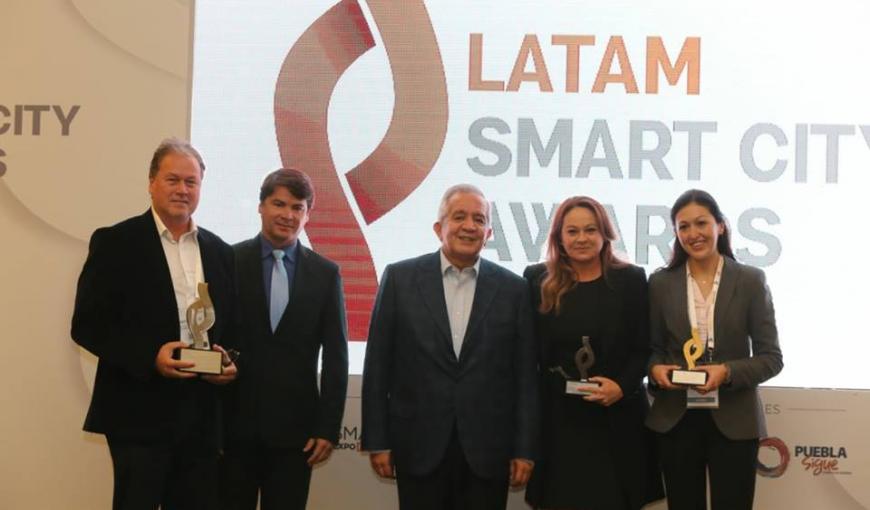 The VLibras application, developed by the Laboratory of Digital Video Applications (Lavid), of the Federal University of Paraíba (UFPB), received an award at the LATAM Smart City Awards 2018, in the category of Equal and Collaborative Society. The award was received by researchers Guido Lemos and Rostand Coast of UFPB during a ceremony in Puebla, Mexico.

Aimed at people with hearing impairment and disability, VLibras in a software suite that translates text, video, and audio into the Brazilian Sign Language and benefits around 10 million people in Brazil who have some degree of hearing impairment. The solution was running against 70 social projects from all Latin America and was the great winner in the category “Equal and Collaborative Society.”

The LATAM Smart City Awards 2018 aims at bringing together and acknowledging the most innovative transformation projects from Latin America that had a positive impact in inclusion, equity, security, sustainability, and participation in an effort to improve people’s quality of life.

This is the second award received by VLibras, officially named “VLibras Suite: Automatic Translator of Digital Content into Libras, Open Source and Free Distribution." In September 2016, Lavid/UFPB received the award Todos@web, in the category Assistive Technology/Applications, in Rio de Janeiro.

The VLibras project is the result of a partnership between the Ministry of Planing, Development, and Management, through the Secretary of Informatics (STI), the Brazilian National Research and Educational Network (RNP), and the Federal University of Paraíba (UFPB), through Lavid. The laboratory was supported by the RNP P&D Program between 2011 and 2015.

The project also allowed for the creation of one of the largest dictionaries of signs in the world, with over 13,500 Libras signs, completely public and free of charge. Currently, VLibras is used in several government and private websites, among them the main website of the Federarl Government, Chamber of Deputies and Federal Senate , in addition to over 100,000 downloads of the desktop and mobile versions.

Source: Communication Advisory of the CI/UFPB, with information from RNP.