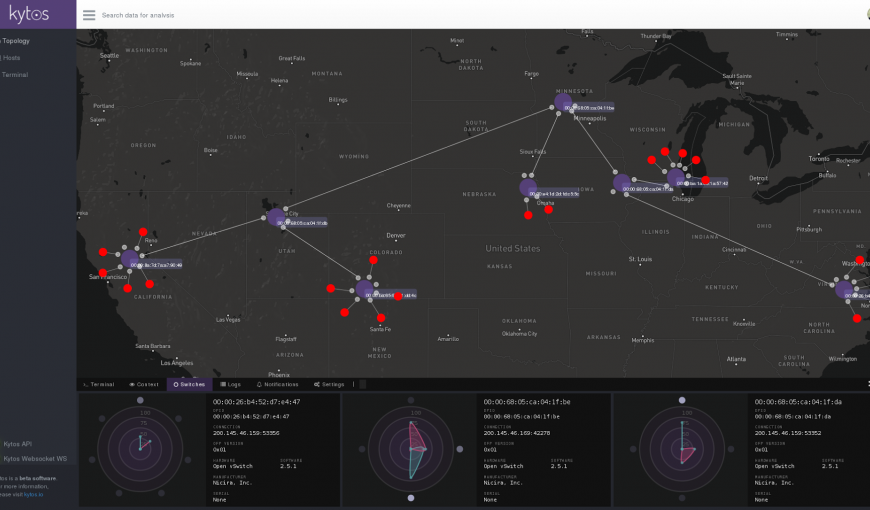 Between February 14 and 17, Scientific Computing Center (NCC) of Universidade Estadual Paulista Júlio de Mesquita Filho (UNESP) holds a workshop on Software Defined Networks (SDN) for the first time. The event will focus on Kytos, the SDN controller developed by Unesp's computer center team as part of an R&D project funded by the Huawei company through the Informatics Law. Kytos was first presented at the 2016 Supercomputing conference in Salt Lake City (USA), where it contributes for a record-breaking of data transfer between hemispheres at rates up to 97 Gbps.

The workshop will have two days of lectures and discussions on SDN technologies and Unesp collaborations with AmLight, the Academic Network of São Paulo (ANSP) and RNP. Furthermore, there will be another two days of hands-on activities, in which participants can use the Kytos controller as a framework for the development of new networking solutions.

At the event, one of the panels will discuss the implementation of an experimental platform that will connect Unesp to some of its international partners, such as Caltech and the European Organization for Nuclear Research (CERN). The project, in partnership with Huawei, aims to integrate the SDN into cloud computing.

According to Unesp, the platform will correspond to the introduction of concept ‘Networked infrastructure-as-a-service’ (NIaas), and will be focused in the hands-on experimentation, inspired by the North-American project ExoGENI.

Learn the advantages of migrating to SDN technology