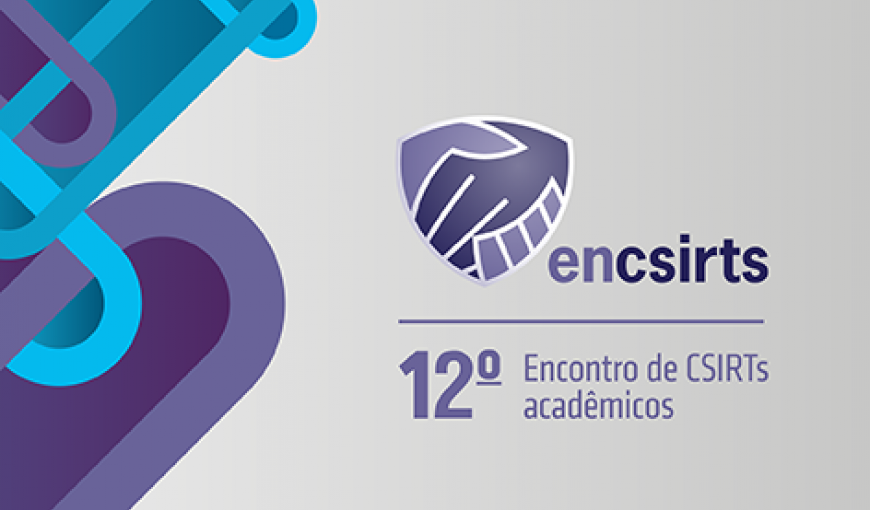 The Brazilian National Research and Educational Network (RNP), through the Security Incident Response Centre (CAIS), will promote, next Monday (01/29), the 12th Meeting of Brazilian Academic CSIRTs (EnCSIRTs). The purpose of the event is to outline collaborative actions and bring security groups in universities and research centres in the country closer, will be held in the auditorium of Editora Unesp, in São Paulo.

EnCSIRTs is an event that integrates the Ipê Network security incident response teams, which serves federal universities and research institutions, and it is operated by RNP. The initiative is aimed at professionals who work in CSIRTs or who are interested in forming their own group in an institution. "It will be a space to gather the security community of the Brazilian education and research network in a collaborative environment, aiming at greater proactivity in each group's response capacity", said RNP’s security analyst and executive coordinator of the meeting, Yuri Alexandro.

This year, CAIS has reinforced the invitation to institutions in the capital and countryside of São Paulo, with the purpose of bring them closer to the meeting organization. According to Alexandro, there are dozens of academic groups responding to security incidents that can exchange information and technical support when necessary. "We are organizing it to form a collaborative forum where institutions that have response teams can partner and share experiences", he adds.

The meeting will present works developed by the RNP’s Points of Presence (PoPs) that contribute to promote the security culture within the institutions. A case study on wireless network authentication, carried out in Minas Gerais, in addition tips and good practices on firewall, are highlights of this year's lecture agenda.

Anti-Spoofing Campaign - The meeting will also serve as an opportunity to launch RNP’s Technical Campaign for Cybersecurity in 2018, which will have as theme the Anti-Spoofing method, which seeks to implement controls to improve the security of institutions connected to the Ipê network. IP Spoofing occurs when a malicious user forges the information related to the packet origin to obtain undue access, forging information, or harming trusted connections. "In this way, implementing actions that prevent IP Spoofing and validate the data packets arriving at the networks, according to the BCP38 and BCP84 good practice guides, are important initiatives that will also be discussed with the academic groups," concludes the security analyst.