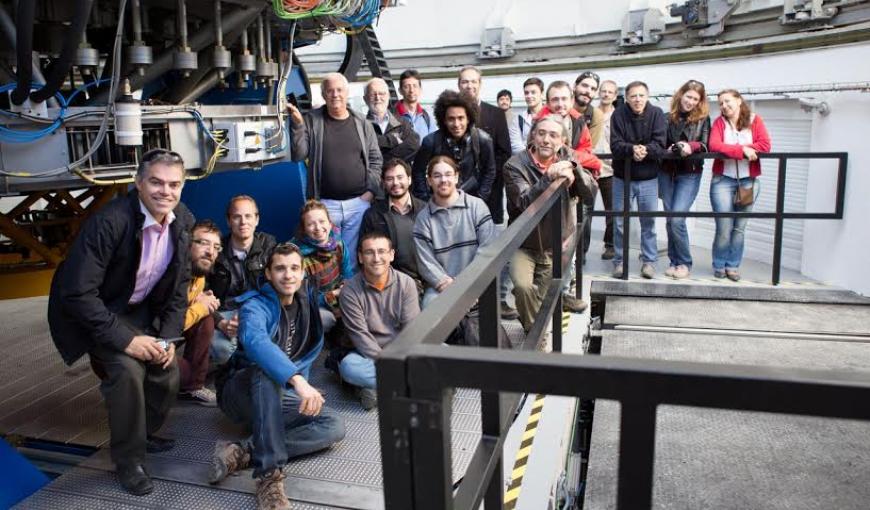 Discover new stars, galaxies and objects from the solar system. This is the purpose of the project. J-PAS, Javalambre Physics of the Accelerating Universe Astrophysical Survey, The unpublished photometric celestial survey of the sky, conducted by a partnership between the National Observatory (ON) and the Institute of Astronomy, Geophysics and Atmospheric Sciences of the University of São Paulo (USP) in Brazil, and the Center for Studies of Physics of the Cosmos of Aragon (CEFCA) and the Institute of Astrophysics of Andalusia, Spain.

Recently, 85 members of the J-PAS collaboration participated in the XIV semi-annual J-PAS meeting, held for the first time exclusively on a virtual basis between March 27 and 31. Most participants were from Brazil and Spain, as well as members from Portugal, France, Italy, England, USA, Venezuela, Argentina and Chile. RNP supported the online event through the Videoconference service.

“This was the first 100% virtual meeting of the J-PAS collaboration, so it was expected that a number of technical problems would appear. The help from RNP and the ON IT group was extremely helpful in solving potential problems, adjusting the meeting environment as required by us, assisting participants with the use of peer-to-peer software etc. This allowed the meeting to be successful until its end and without delays”, said the Astrophysics researchers of National Observatory, Renato Dupke.

The event was aimed at updating technical and scientific results, defining the next steps for the beginning of one of the largest celestial surveys in the optical area in the world, with the JPCam Brazilian responsibility camera being installed at the Javalambre Astrophysical Observatory in Spain.

This was the second major meeting recently enabled by RNP's Videoconferencing service. The first was the Workshop on Soar Science 2020, which brought together those responsible for the Southern Astrophysical Research (Soar) telescope, to discuss the future of research conducted by this equipment.

J-PAS aims to discover a large number of stars, galaxies, supernovae, quasars and objects in the solar system, which will be mapped with accurate distances. “The innovative J-PAS camera design and filter system will allow for the first time to map not only the position of hundreds of millions of galaxies in the sky, but also their individual distances to us, providing the first map Complete 3D universe of the Universe that extends over 9 billion light years from Earth”, said Renato Dupke.

The JPCam camera is designed to run the J-PAS, which will be carried out through observation through a set of 56 carefully optimized wide and narrow filters. The design and manufacture of the camera were Brazilian responsibility and the main camera is being installed in Spain.

Learn more about the Project at http://www.j-pas.org/.

Photograph legend: Share of the members of the J-PAS collaboration at the main telescope in Teruel, Spain.