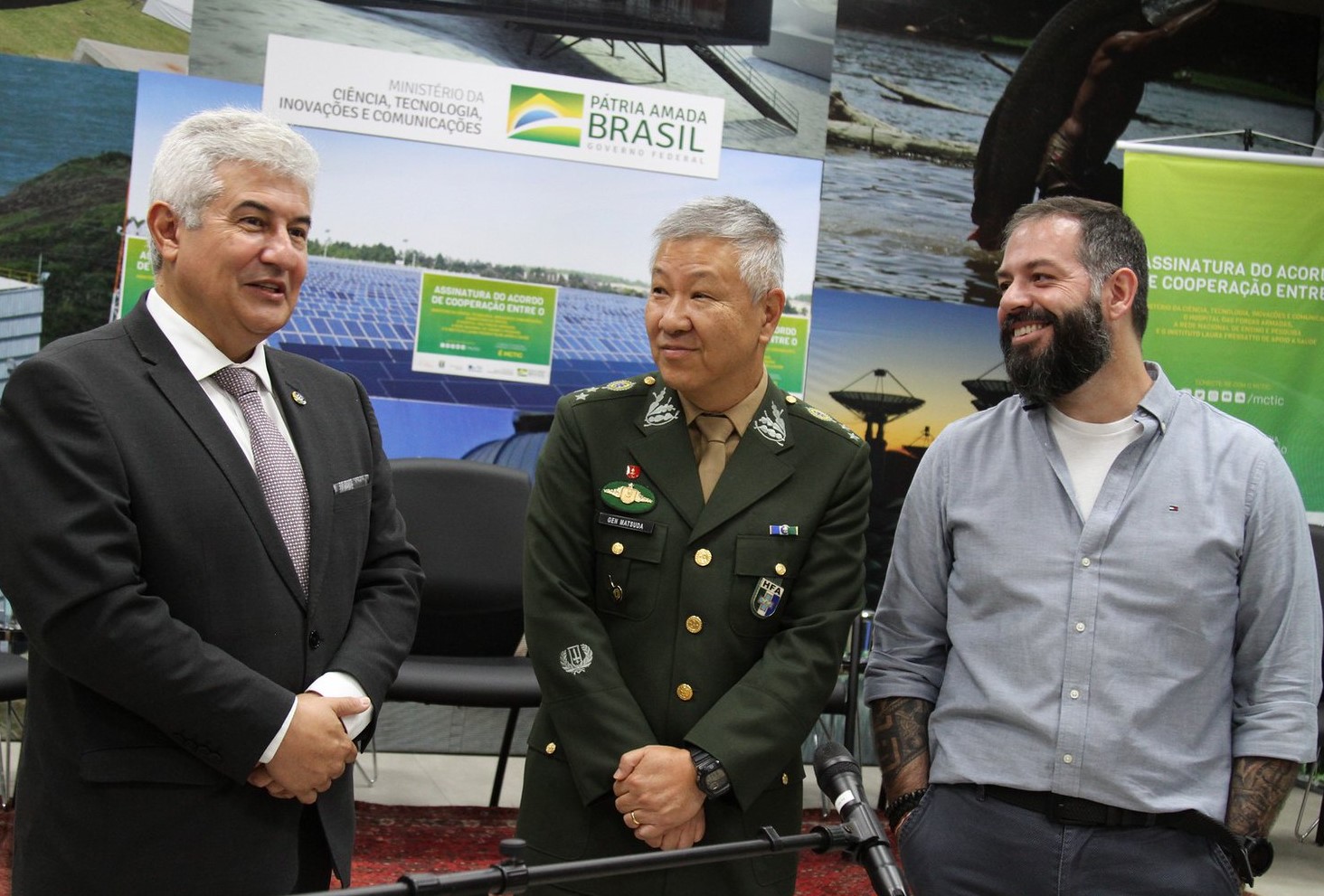 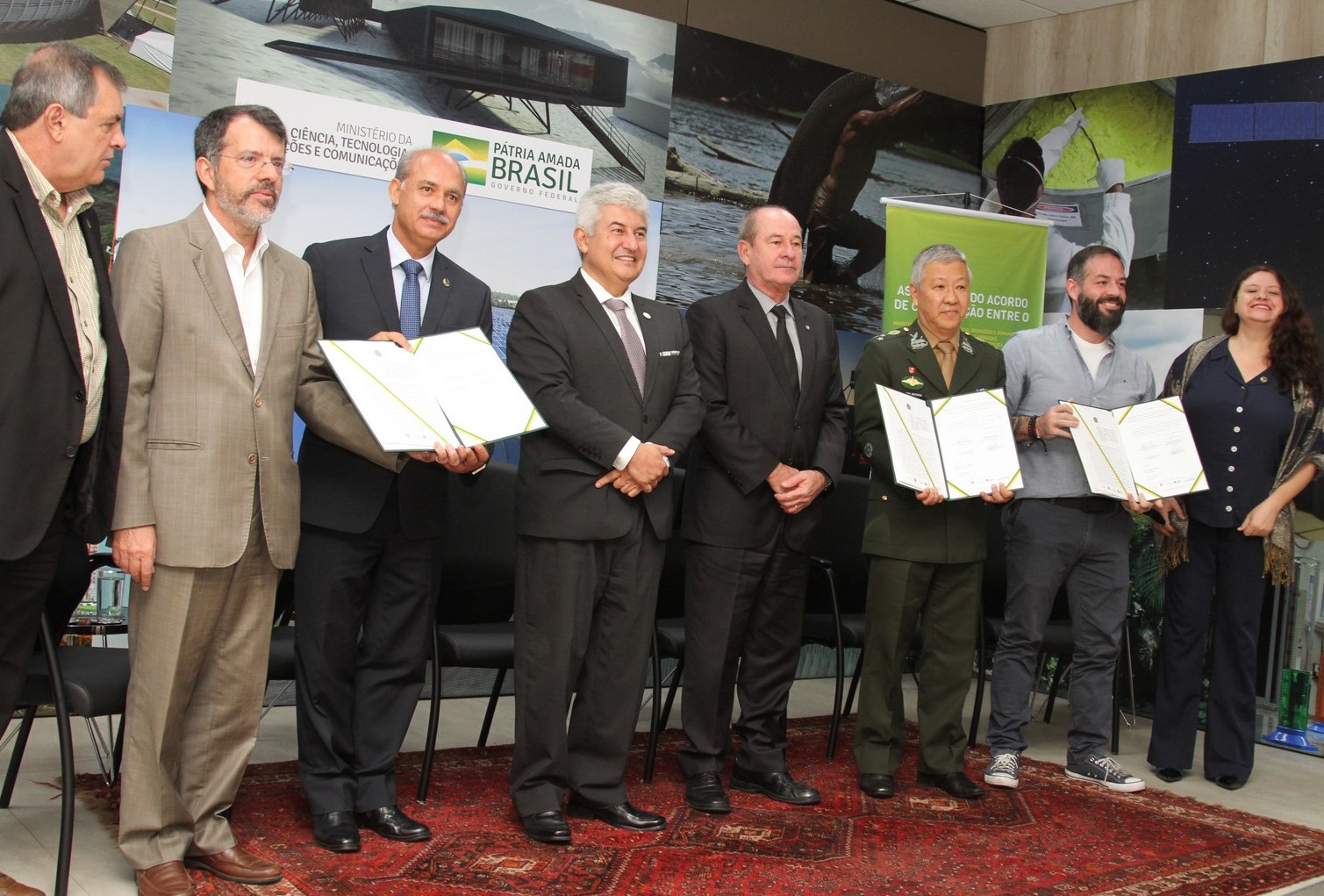 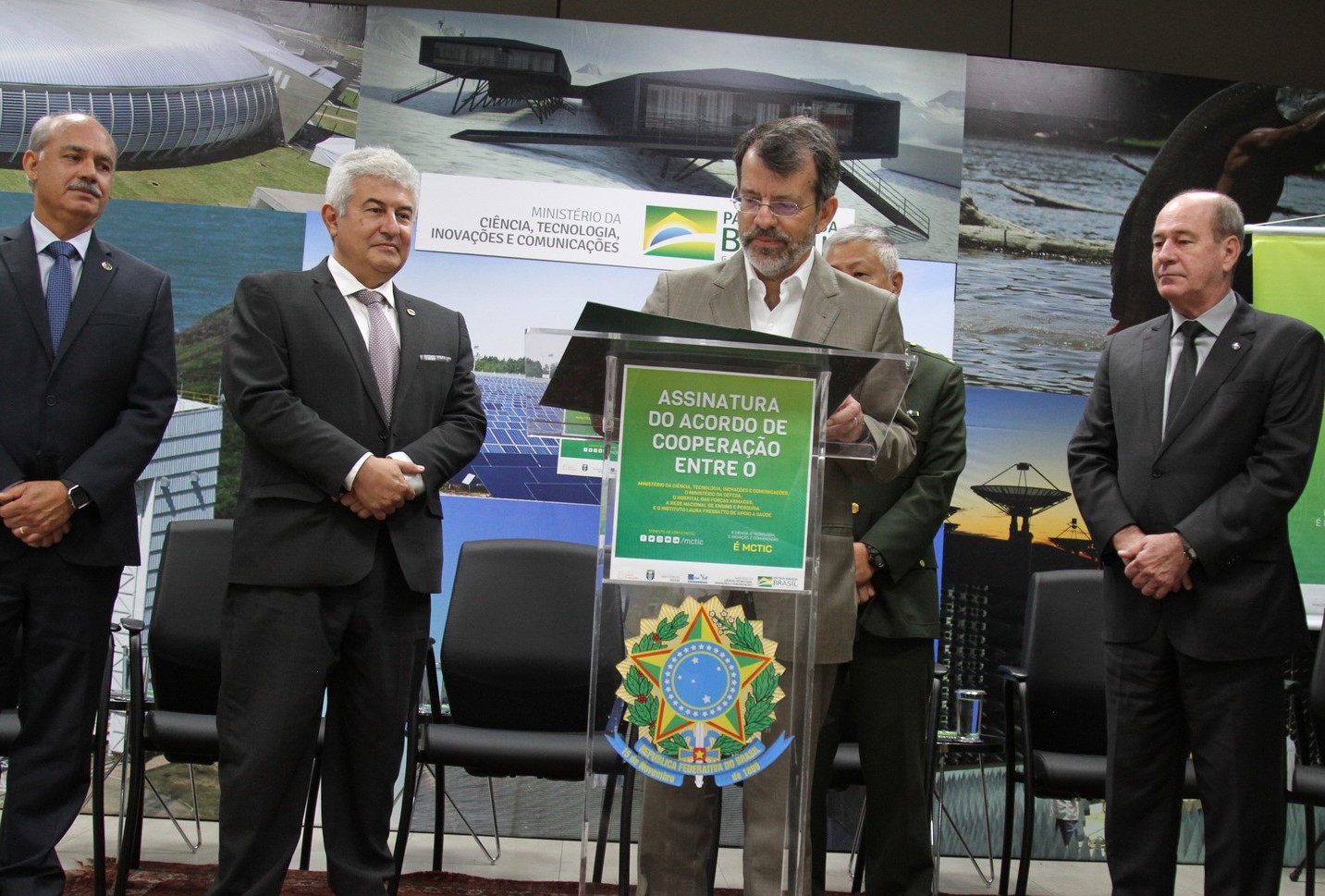 Four signatures and one purpose: to democratize state-of-art technology, taking it to the public health system to help saving lives. RNP general director Nelson Simões; the Minister of Science, Technology, Innovations and Communications, Marcos Pontes; the Logistics Commander of the Armed Forces Hospital (HFA), Rui Yutaka Matsuda; and the President of Instituto Laura Fressatto, Jacson Fressatto sealed a Cooperation Agreement among the instructions, which were duly represented

Result? Now, the Laura system artificial intelligence (AI) platform shall be implemented in public network hospitals. Already in the first stage of the project, three hospitals were selected. HFA is the first in the list to put the technology at the patient’s service. AI and the cognitive technology of Laura enable early identification of clinical deterioration risks, such as Sepsis. The system is capable of managing data from the hospital routine and send alerts to the assisting team, which improves the predictive capacity for the most critical patients to be prioritized and get proper treatment as soon as possible. In current situation combating Covid-19, AI also promises to be an ally.

At HFA, the expectation is the solution implementation to be completed in approximately 45 days. After that, the technology will be expanded to the entire hospital, after pilot experimentation. The AI installation is result from a work plan established with RNP and contracted with the Department of Applied Technologies (SETAP/MCTIC).

The alliance between RNP, MCTIC, Instituto Laura and HFA was made official in last Thursday morning (26), in the auditorium of the Ministry in Brasília. The ceremony was streamed on MCTIC social media for the internet users to be able to watch the milestone remotely. Watch on Facebook or Youtube.

At that occasion, Nelson Simões, RNP general director, opened the ceremony and spoke about the importance of the initiative, aiming at the benefit for thousands of people. “RNP has already been working for years, integrating education hospitals in Brazil: there are more than 120 hospitals and 10 years connected in national infrastructure. This possibility to use artificial intelligence applied to assistance, education, research and Second Formation Opinion* has the huge capacity to transform the healthcare manager´s daily routine. For us, it is a privilege to integrate this initiative”, Nelson vibrated.

*The so-called Second Formation Opinion (SOF) is a tele-consulting related to health and other relevant matters for the Unified Health System (SUS).

Minister Marcos Pontes reminded the present alignment between the project and the goals of MCTIC. “There three lines in the Ministry´s mission. First, to produce knowledge for the country. Second, to produce wealth for the country. Third, to contribute to the people’s quality of life. This project fits this idea exactly. This is the use of artificial intelligence in a very social way in our daily routine. It is good to point out that this is being offered in the hospitals for free. This is extremely important, this perception of how science and technology can help save lives”, the astronaut defended.

The challenge to offer science and technology in an accessible way was also endorsed by the creator of the Laura System as a relevant factor of the action. “Innovation does not need resources only; it also needs courage. Today we are a group of brave people taking accessible technology to our country´s health”, Jacson Fressatto said. “The technology of the Laura Robot will be taken to a population that needs access to all these resources", he completes.