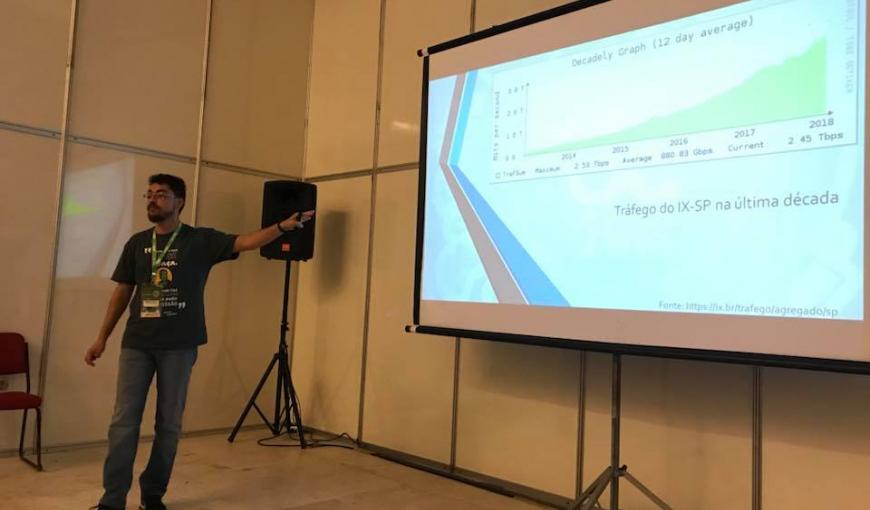 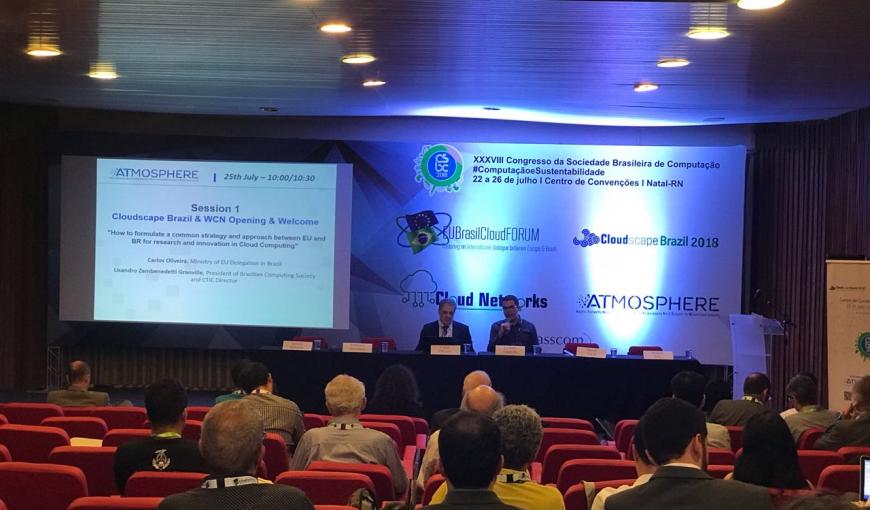 In the week July 23rd to 26th, RNP participated in the 38th Congress of the Brazilian Computer Society (CSBC), held in Natal (RN), whose theme was "Computing and sustainability". This was the third time that RNP participated in the event as organizer of the Fibre workshop, an environment focused on teaching about networks and experimenting with new internet architectures.

The workshop schedule, which was held on the 26th, included presentations of articles, as well as lectures on the present and future of the testbed. The practical part counted on a tutorial of scripting in OEDL language. This language will be the one used from the implementation of OMF6 in the FIBRE testbed, which will begin in August.

Check out the full schedule and presentation slides

On the 23rd, RNP's Assistant Director of Advanced Internet, Leandro Ciuffo, represented Fibre during the 45th Integrated Seminar on Software and Hardware (SEMISH), CSBC's main scientific forum. In addition to presenting the main advances of the testbed, Ciuffo coordinated one of the event sessions, which included the presentation of computing articles related to environmental issues and lectures on cloud computing and experimental research in networks.

On July 25th and 26th, the EUBrasilCloudForum project promoted CloudScapeBrazil 2018 and Workshop on Cloud Networks (WCN), two combined events that brought together companies, government and academic community from Brazil and the European Union for debates on Cloud computing.

With the theme "Reliable technologies for strong and competitive economies", the goal of the fifth edition of Cloudscape Brazil 2018 was to discuss how technological trends in this area are encouraging innovation in different sectors of the economy. Check out the event complete agenda.

As for WCN, which this year had its third edition, aimed at creating a new Special Interest Group (SIG) in cloud computing at SBC. Fibre was represented in both events by the professor at the Federal University of Rio de Janeiro (UFRJ) and RNP advisor, José Rezende, who conducted one of the demonstrations in the Fibre environment, using the cOntrol & Management Framework (OMF6) Portal, the new control software for the testbed resources management.

This was the last action of EUBrasilCloudForum, one of the five projects of the CTIC originated in the 3rd Brazil-European Union Cooperation Program in Information and Communication Technologies. Since 2016, EUBrasilCloudForum has been working on the creation of a Euro-Brazilian cloud computing open science environment, with the purpose of supporting other cooperation projects in promoting its results.

"With the closing of EUBrasilCloudForum, some of its initiatives, such as the organization of Cloudscape and the formation of SIGs, will be continued by ATMOSPHERE, one of the projects of the 4th cooperation program. It is a way of making the good results achieved continue to provide benefits to both the Brazilian and European cloud research community", said Wanderson Paim, of CTIC.