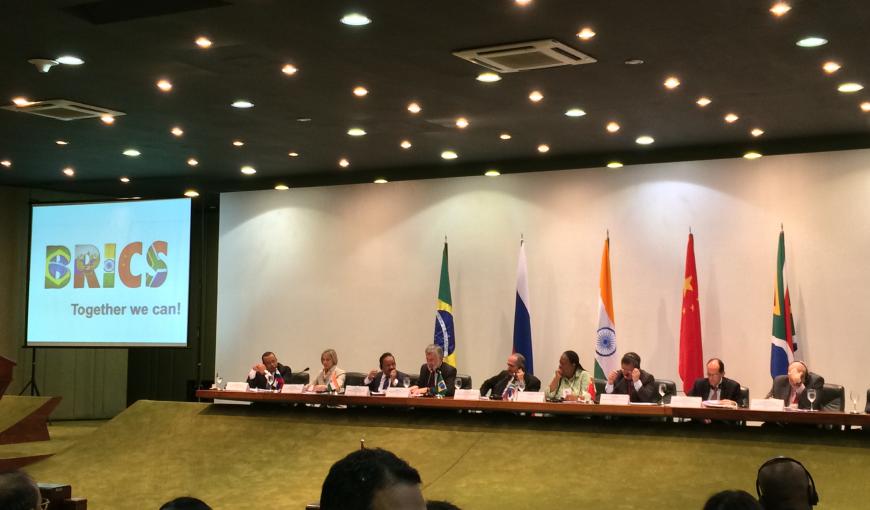 On 17 and 18th March, the national coordinator of the Telemedicine University Network (Rute), Luiz Ary Messina, representing the RNP, was present at the 4th Meeting of High Authorities on Science, Technology and Innovation of the Brics (Brazil, Russia, India, China and South Africa), held in Brasilia.

The meeting was attended by ministers of Science, Technology and Innovation (STI) in the five countries. The leaders presented and signed the Brasilia Declaration, which reaffirms the strategic importance attached by the five countries for STI and deepens the priorities established in the 1st Ministerial Meeting of STI BRICs, held in 2014 in South Africa. It also expresses provision and the engagement of nations to work in the action plan 2015-2018, to be completed in Russia, the 3rd Meeting of Ministers of STI, scheduled for the second half of this year.

There are five thematic areas of work of cooperation. Each country will be responsible for one of them. The Brazil lead the effort on climate change and natural disaster prevention. The area of ​​water resources and ecology is the responsibility of Russia. India will account geospatial technology and its applications. China will take care of part of alternative and renewable energy, while South Africa will direct the work in the area of ​​astronomy.

It was also mentioned the important initiatives, such as a forum of young scientists, platform for research and innovation, technology for weather forecasting, strategic research to promote STI, development of partnerships with other strategic actors, and issues such as biotechnology and human health.

Host of the meeting, the Minister of Brazil, Aldo Rebelo, said, in his opening speech, the possible research areas that will be explored by the countries. He sees the interaction of the Brics as a very important action for the development of STI on each of five countries. "The cooperation opens wide horizons for us  and lots of opportunities in all disciplines where we have competence to act. Renewable energy and prevention and mitigation of natural disasters, for example, are great challenges. We also need courage and ambition in other areas such as food production and protecting the health of our people", said Rebelo.