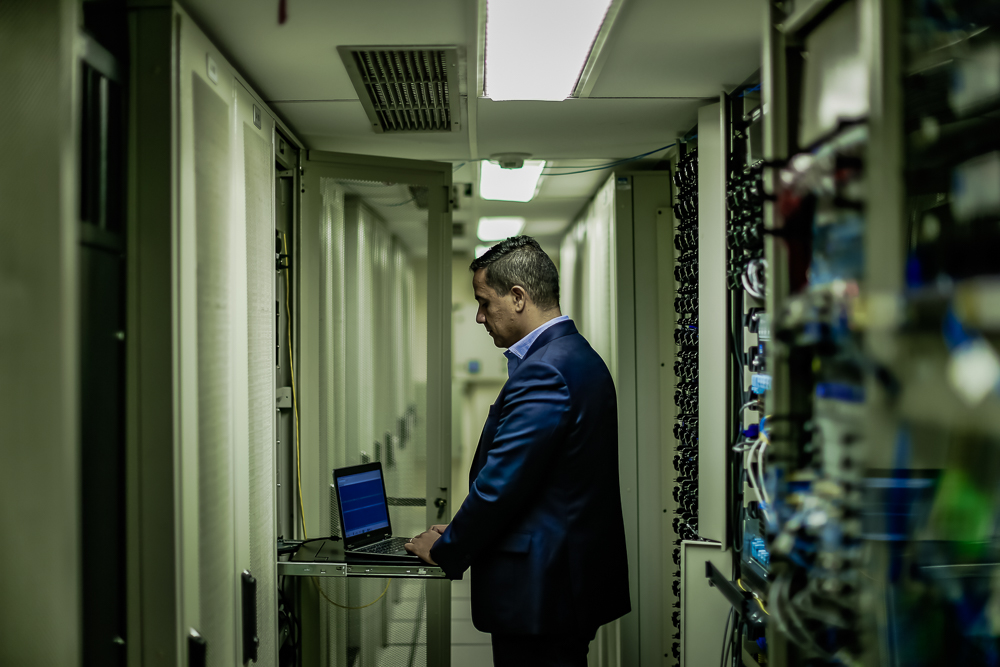 The National Education and Research Network (RNP) installed a new Point of Presence of the academic network in São Paulo, in the datacenter of the Núcleo de Informação e Coordenação do Ponto BR (NIC.br). It is an infrastructure which will work redundantly to the Point of Presence of RNP in São Paulo (PoP-SP), housed at the Universidade de São Paulo (USP). The two centers are interconnected by very high performance circuits at 100 Gb/s.

The duplication of the Point of Presence of RNP in São Paulo becomes an important point of national traffic exchange because of its strategic character, with multiple international links and high volume of traffic involved. The initial forecast is band capacity of 400 Gb/s, with 200 Gb/s coming from the international connections with the United States.

The opportunity to install another Point of Presence in the city of São Paulo came within the context of the cooperation of RNP with NIC.Br, which offered the space in its new datacenter. “We have a long history of cooperation with NIC.br, where we host Traffic Exchange Points (PIXs) of the IX.br initiative in more than 50% of our PoPs”, the Engineering and Operations Deputy Director of RNP, Ari Frazão Júnior, informs.

What projects will it support?

The new infrastructure will support the projects of PoP-SP, responsible to interconnect the Universities and the Higher Education Federal Institutes linked to RNP. The seventh generation project of the Ipê network, which provides very high-speed connections in the national territory, the international connections with the United States, such as the submarine cable Monet, IX.br initiatives, and the São Paulo metropolitan network (Metrosampa), are some of these projects.

The technical coordinator of PoP-SP, Rogério Herrera Mendonça, celebrated the partnership and praised the infrastructure of the data center of NIC.br. “With the duplication, we will be able to receive more clients, and with higher capacity, we will be able to carry out infrastructure maintenance without impacts for the clients, we will be resilient, with double approaches, i.e., even if there is a failure in one link, the other will be available,” Herrera says.