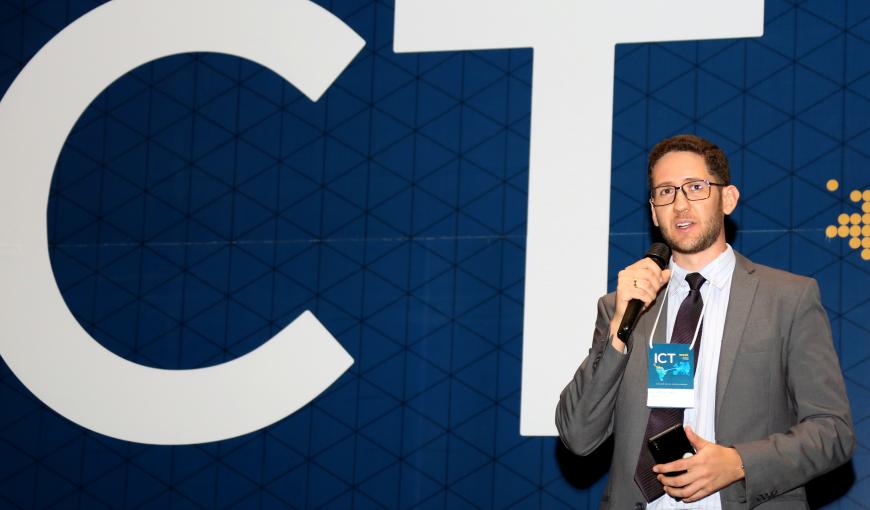 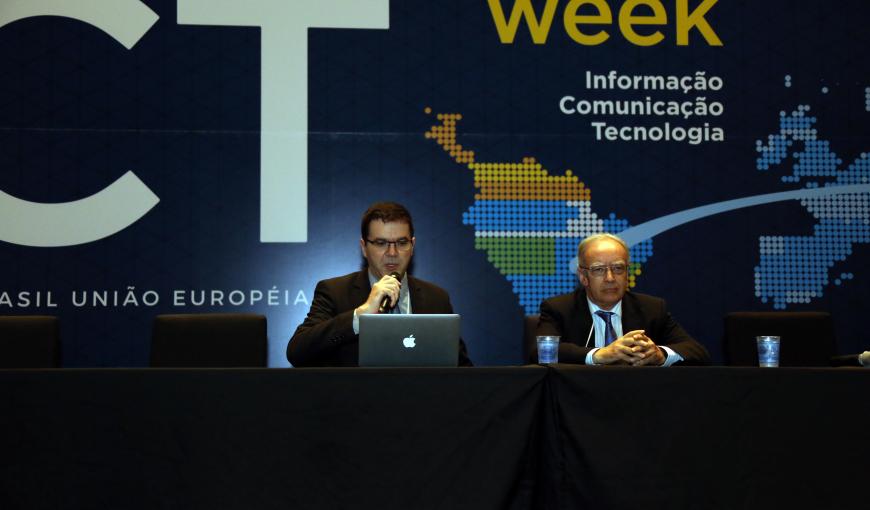 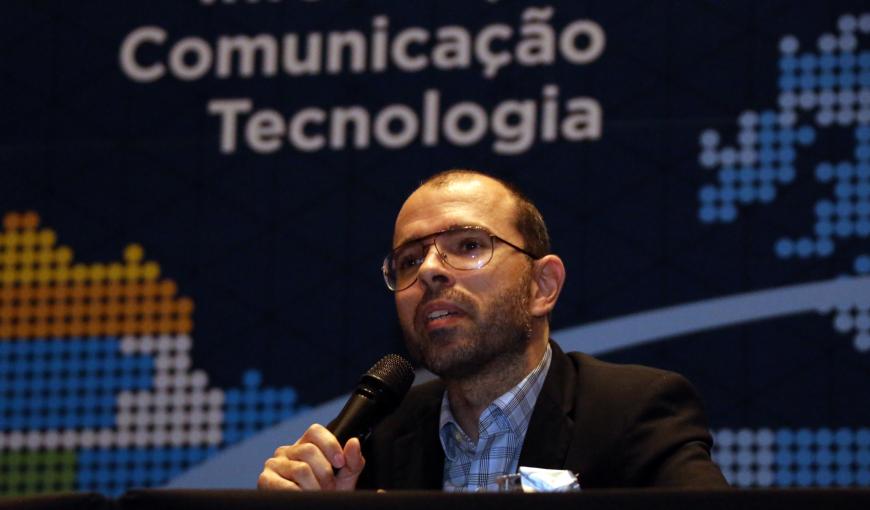 On September 20, the release of 4th Coordinated Call Brazil – European Union was announced during a workshop carried out jointly to ICTWeek, in Brasília. Focused on subjects IoT, 5G and Cloud Computing, the initiative is coordinated in Brazil by the Computing Policies Department (Sepin) of Ministry of Science, Technology, Innovation and Communication (MCTIC) and the Brazilian National Research and Educational Network (RNP), by means of its Development and Research Center in Digital Technologies for Information and Communication (CTIC). The expectation is that the 4th Coordinated Call is released up to the end of this year, with each side contributing with 8 million euros.

This call will have as a differential the possibility of participation, with funding, of incubated companies in incubators accredited by the Committee of Information Technology Area (Cati) of MCTIC. “Thus, we expect to better serve the call focus of IoT, which is the pilot development. In addition, we want to encourage the domestic company advance with generation of innovating services and products”, emphasized the CTIC Project Coordinator - Wanderson Paim (photo 1).

Other new rule is the obligation of distributing the funds allocated to the project, ensuring 44.45% to be destined to centers, research institutes or education entities with head office located in the areas influenced by the Office of the Amazon Development (Sudam) and the Northeast (Sudene), and the Midwest.

This new restriction aims to meet the requirements imposed by the origin fund of resources that will finance the projects. For the same reason, all Brazilian institutions must be enrolled with Cati to receive call resources. With the exception of the incubated companies, which will be intermediated by the incubators accredited in Cati.

The other companies, even ineligible to receive funds directly, are also encouraged to take part in the consortium, as they may benefit from the exchange of knowledge generated in the execution of project activities. In a reciprocal manner, project partners can take advantage of the expertise of the companies to generate more shaped products for the development of pilots. This will be a requirement for proposals submitted to the subject of IoT.

The CTIC director – Lisandro Granville (photo 2), stressed that, although the call text has not been published in the Brazilian side yet, it is suggested to stakeholders not to wait such publication to begin forming the consortiums and prepare proposal. “In order to achieve a relevant content and balanced consortia, it is necessary to start the works already”, he said. The evaluation of proposals will be held together with the European Commission, with the assistance of Brazilian and European expert reviewers in equivalent amounts, thereby maintaining the same level of influence on the final result. The announcement of the result is expected for the third quarter of next year, after a phase of consensus meetings among evaluators.

In the Coordinated Calls BR-EU Workshop, it was also presented the preliminary results of projects under execution in the third edition of call. Although still in the first year of implementation, the projects have had several articles published in magazines and conferences, in addition to hiring more than 212 Brazilian researchers. The projects presented results applicable in the areas of energy and oil, cyber security in the relationship between customers and cloud service providers, big data and networking platform for experimenting advanced technologies, including 5G.

The R&D Director of RNP – Leandro Ciuffo (photo 3) presented about Fibre on the board. The project, which is also supported by MCTIC, has the purpose to maintain and extend experimental platform solutions in computer networks, serving as base to project tests of 3rd Call. Currently, with 12 interconnected experimentation environments, Ciuffo emphasizes the expansion efforts for 17 environments.

ICTWeek event was organized to present the project results selected in Sectorial Dialogue program, which discusses about common interest subjects for the strategic partnership between Brazil and European Union (EU). Bilateral relations have been intensified and based on shared common core values such as democracy, respect for human rights, basic freedoms, social justice, good governance and the Rule of Law. The Bidders for this program are ministries or agencies of the Brazilian federal government.

On the other hand, the Coordinated Call BR-EU Workshop was carried out after works of first day of ICTWeek, and had the purpose to present the selected project results in the Coordinated Call projects, in addition to announcing the fourth call. The bidders public aimed by the coordinated calls include companies and education and research institutions.