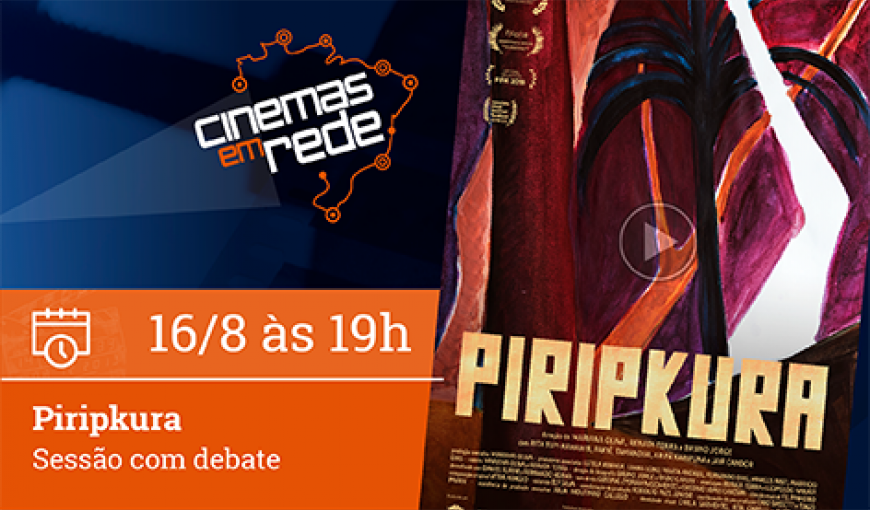 The Networked Cinemas project is back this August with the screening of the feature film Piripkura. With joint direction by Bruno Jorge, Mariana Oliva and Renata Terra, the film will be screened on August 16 (Thursday) at 7 pm simultaneously to theatres of eight Brazilian federal institutions. Entrance is free.

Launched in February this year, the documentary brings a realistic perspective on the experience of the only two survivors of the Piripkura indigenous village. They currently occupy a protected area located in Mato Grosso, in the middle of the Amazon forest, and receive every two years, the visit of FUNAI representatives, to ensure that both of them are still alive.

The broadcast is a result of the Networked Cinemas project, an initiative between the Brazilian National Research and Educational Network (RNP) and the Ministry of Culture (MinC), responsible for facilitating the access and exchange of national audio-visual content between partner institutions spread throughout the Brazil.