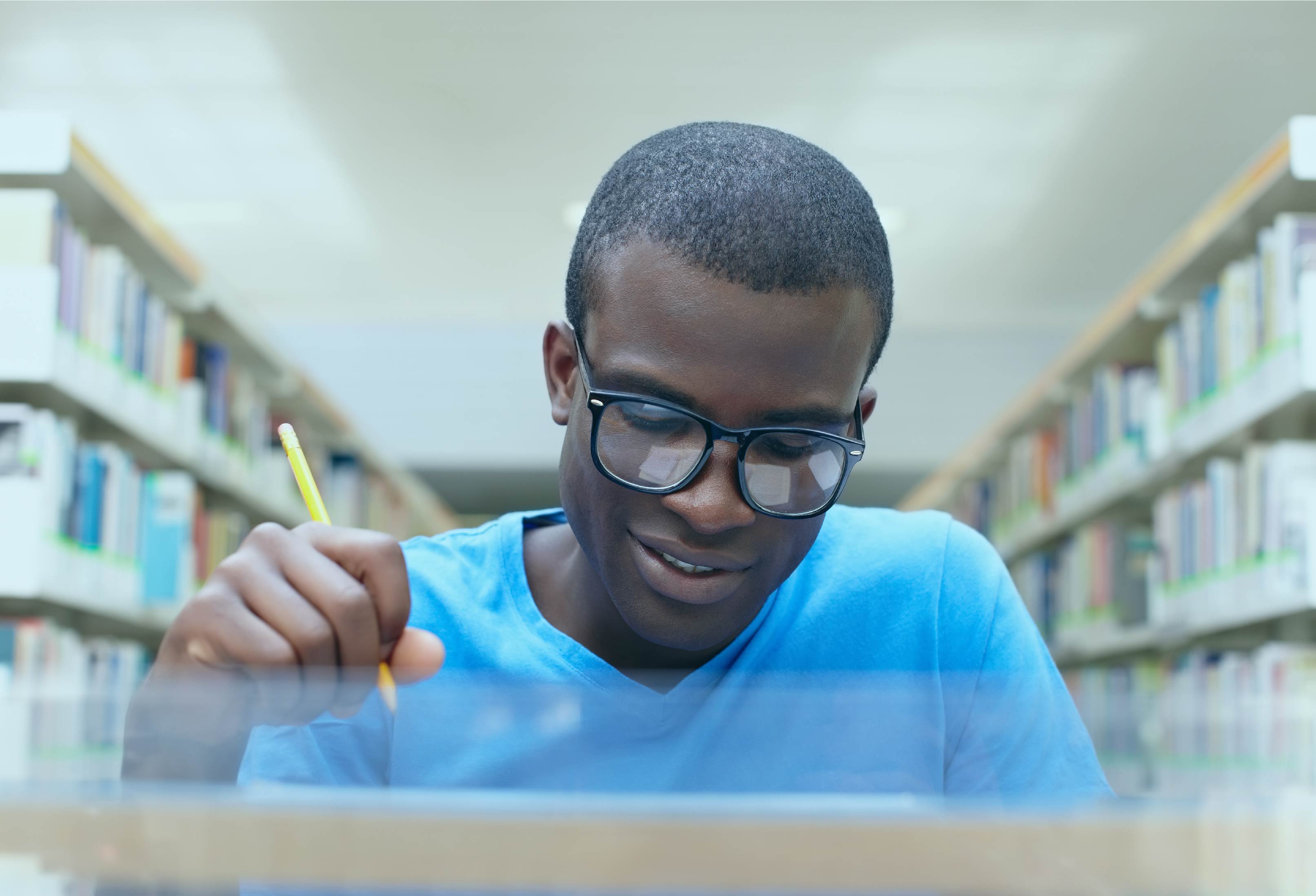 Think in the main entrance door to the public education institutions in Brazil. We are talking about the Unified Selection System (Sisu). Now, imagine almost 1.8 million candidates, from north to south of the country, trying to access this portal to make 3.5 million enrollments. There were 210 thousand users connected at the same time, with the right to a record: 7 thousand enrollments per minute and average of 1.5 million daily logins. This numbers refer to the dynamics sustained in the system portal of the Ministry of Education (MEC) in the first edition of Sisu this year, between January 21st and 26th, 2020.

To be able to support the high flow of simultaneous logins in so short time, the solutions is a high-capacity infrastructure. But what if this platform could also be expanded upon demand, to meet all users´ requests with no instability? And what if this high-capacity infrastructure was available only during the Sisu enrollment period, when the system is demanded the most, and could be reduced during the rest of the year? 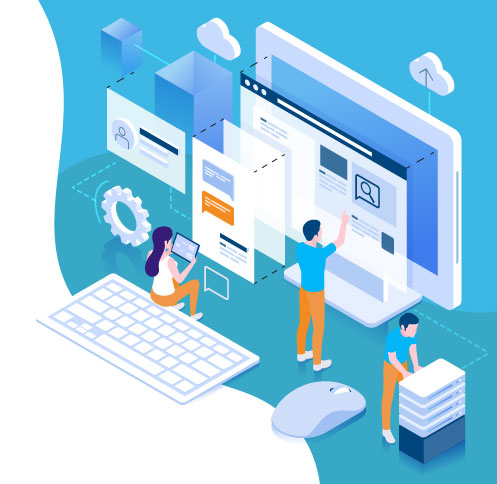 Here is the description of the demand for an action of cooperation between the National Education and Research Network (RNP), MEC, Microsoft, Westcon-Comstor Brasil and Red Hat. A specialized team migrated and adapted the Sisu platform for a cloud environment. Azure, a Microsoft public service cloud, was the selected space. In a joint action, infrastructure, data, networks and cloud architects worked on redesign, optimization and modernization of the Sisu architecture.

In practice, the portal was on air 91.6% of the time and became safer and more accessible for mobile users as well. With the migration to the cloud, during the enrollment period, 66% of the logins were made on mobiles or tablets. With more mobility and agility in browsing, the mobile logins exceeded the average time of attendance by 19% when compared to the numbers from 2019. On computers, there was increase of the access time by 21%.

In addition to security, stability, and scalability for the platform, thinking about the users´ experience, here is another word that reflects the benefits of the action: savings. There is savings expectation of approximately R$ 25 million for the public treasury in five years of the project. A cost reduction of almost 84%, when we compare the amount necessary to run Sisu in cloud and own infrastructure. This amount is enough to operate the platform for more than 8 years without additional costs. “Seasonal systems with expressive values of simultaneous logins are the ones that justify the cost-benefit of the cloud the most”, the general-coordinator of Technology of Information Services of MEC  Gustavo Guércio Fernandes explained.

Despite of the series of improvements, there were still some minutes of instability in the site on the first day. Soon the portal went back to normal and remained stable. “If we had undergone a similar problem with the local system, we would need more time to scale the processing power until the problem was solved”, Regina Frazão, general coordinator of Infrastructure of MEC arguments. “At the moment, we saw the team´s maturity and knowledge”, Gustavo Guércio Fernandes explains.

The initiative was considered a success to the institutions that collaborated, but the work is not over. The migration and the operation of Sisu in January 2020 marks the first phase of the project. The next stage will continue already in the second half-year, on June 16th, when the period of enrollments for the second edition of Sisu for year starts. In January 2021, the collaboration com MEC will go another step up: in addition to Sisu, University for All Program (Prouni) will also be operated on a cloud environment. The expectation is to continue offering a stable, agile and secure environment for the Brazilian public education structure users, with the lowest cost, in addition to improving MEC´s maturity in cloud computing. 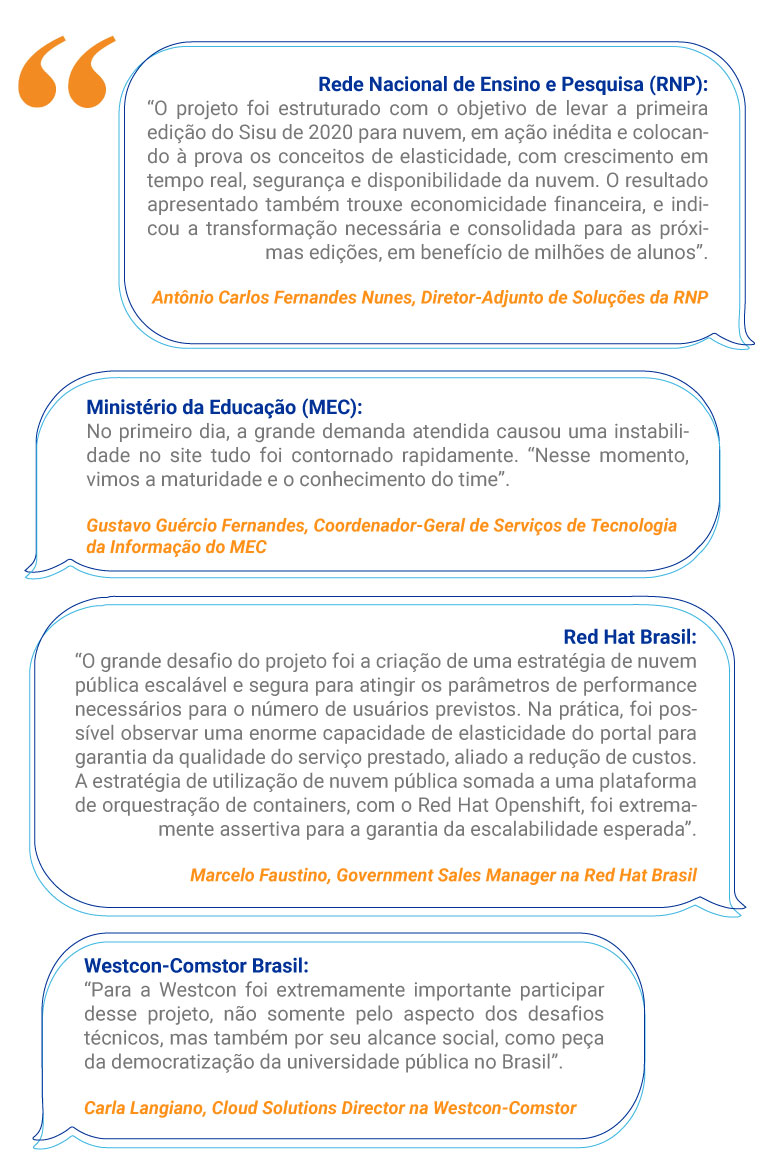 In its blog, Microsoft Brasil also classified the action as a success case. Check out: 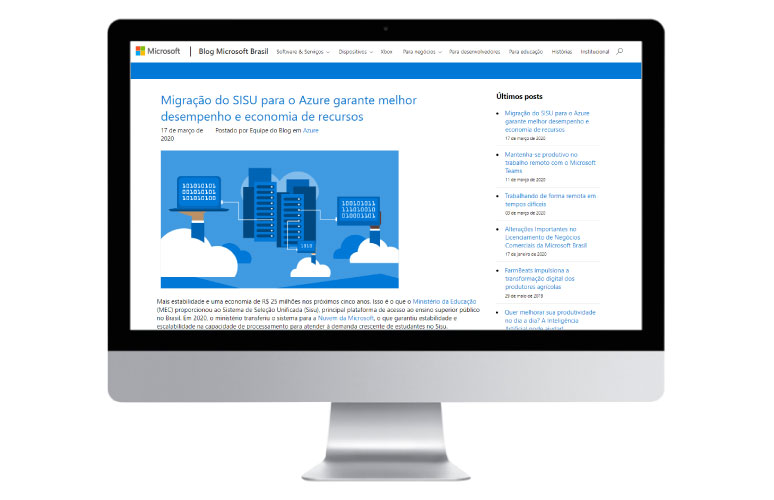