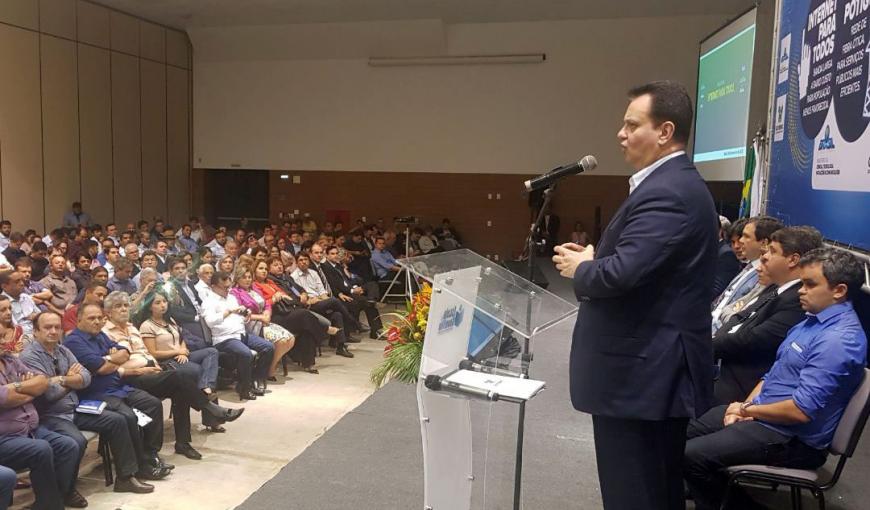 On February 20th, RNP signed a technical cooperation agreement with the Ministry of Science, Technology, Innovation and Communications (MCTIC) and the government of Rio Grande do Norte for the implementation of Infovia Potiguar, a fibre optic network that will connect schools, hospitals, higher education institutions and government agencies throughout the state, taking the high speed internet to places in the countryside. The agreement was formalized during the agenda of Minister Gilberto Kassab in Natal, where he also presented the Internet para Todos (Internet for All) Program, an initiative of the ministry that uses the Geostationary Satellite of Defence and Strategic Communications (SGDC).

The Infovia Potiguar project, whose implementation is expected to start in 2018, provides for the construction of high-speed networks in nine cities in the countryside - Mossoró, Caicó, Currais Novos, Assú, Santa Cruz, Ceará Mirim, São Gonçalo do Amarante, João Câmara and Pau dos Ferros - in partnership with the state government. In all, 174 points will be connected to the Infovia Potiguar, among municipal and state schools, government agencies and educational institutions and research centres. The institutions served by RNP will be connected at 1 Gbps and, in the long distance sections within the state, at 10 Gbps and 100 Gbps. Thus, a university located in the countryside should have access to the Internet at the same speed offered in the capital.

The Federal Government secured the release of BRL 15 million to enable the Infovia Potiguar, of which BRL 6 million were already transferred to RNP, which is the executor of the project that will be implemented in stages using the 100 Gbps fibre optic route from RNP's partnership with the São Francisco Hydroelectric Company (Chesf).

Source: MCTIC, with information from RNP.