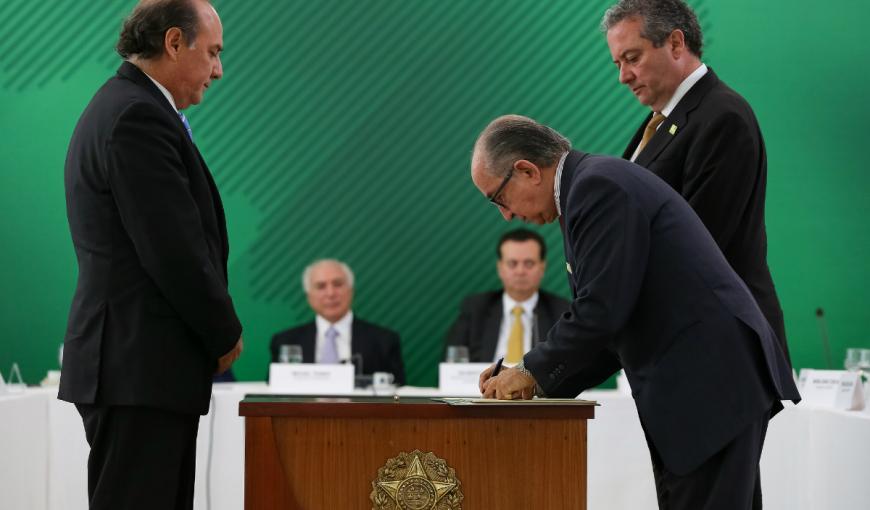 The Study and Project Financer (Finep), which is linked to the Ministry of Science, Technology, Innovation and Communications (MCTIC) and the Inter-American Development Bank (BID) signed this Wednesday (the 1st), the first operation of USD 703.6 million for the "Innovate to Grow" program. Of the total amount of the initial operation, the IDB will finance USD 600 million and Finep will provide USD 103.6 million.

The loan is part of the conditional credit line for investment projects of USD 1.5 billion for Brazil, aimed at increasing the productivity of Brazilian companies through more private investment in innovation. It is the first time that the contribution occurs in these moulds.

According to Finep, these resources will be made available to companies from different sectors in the innovation area - projects included in the Chemical Industry Development and Innovation Plan (Padiq) and in the Development, Sustainability and Innovation Plan of the Mining and Mineral Transformation Sector (Inova Mineral). Sectors such as advanced biofuels, healthcare, agribusiness and information and communication technology will also benefit.

The operation approved by the Senate was being negotiated since 2017 and is the largest that Finep has collected abroad. In the event that the different instalments of the total of USD 1.5 billion are executed before the pre-established periods, Finep will be authorized to advance the application of the remaining resources estimated for the following years.

The signing of the financing operation was carried out during the meeting of the National Council of Science and Technology (CCT), an entity linked to MCTIC that brings together representatives of scientific and research entities, public companies, universities and research and innovation promotion agencies.

"It is a very important moment for Brazilian science. It is a meeting that gives visibility to the demands of the scientific community. The idea of this meeting is to give the floor to members of the scientific community and establish a dialogue, consolidate proposals and set goals and perspectives for the future in relation to science, technology and innovation", said Minister Gilberto Kassab.

At the meeting, representatives of the Brazilian Society for the Advancement of Science (SBPC), the Brazilian Academy of Sciences (ABC) and the National Council of State Foundations for Research Support (Confap) presented the demands of the scientific community. The nominations of 80 scientists and researchers for the National Order of Scientific Merit were also announced, an award that recognizes prominent personalities in science and technology. The Order of Scientific Merit, which was not granted since 2013, was reactivated by MCTIC, and the award ceremony should take place in October.