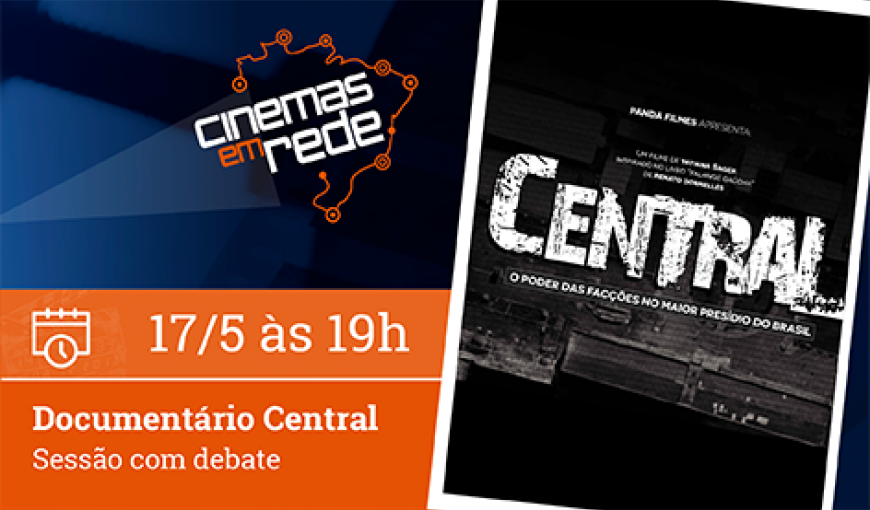 The Networked Cinemas project will screen the documentary “Central”, directed by Tatiana Sager and inspired by the book “Falange Gaúcha”, by Renato Dornelles. The screening will take place simultaneously at seven Brazilian public universities on May 17 (Thursday), at 7 PM. Entry in the event is free.

The feature film was awarded Best Documentary at the Festin festival in Portugal and at the Human Rights in Journalism Awards (Prêmio dos Direitos Humanos do Jornalismo). “The film is a raw portrayal of the reality in the Central Prison, said to be the biggest and worst prison in Brazil, located in Porto Alegre,” states Tatiana Sager, director of the film.

It was while covering prison riots that Tatiana met Renato Dornelles, responsible for the book in which the documentary was based. In 2008, the director requested the publishing copyrights of the work for making the film, in which Dornelles appears as co-director. They had previously worked together making a short film with a similar name in 2012.

A debate session will also take place after the screening of the movie. Participants will include filmmaker Tatiana Sager, writer Renato Dornelles, Judge Sonáli Zlohan Cross of the 1st Criminal Court of Porto Alegre, and Giancarla Brunetto, coordinator of the League of Human Rights of the School of Education of UFRGS, all participating from the Sala Redenção of the Federal University of Rio Grande do Sul (UFRGS). In Cine Arte UFF, of the Federal Fluminense University (UFF), Elionaldo Fernandes Julião, associate professor at the university and researcher of prison conditions, will be leading the debate.

This event is a result of the Networked Cinemas project, a partnership between the National Network of Education and Research and the Ministry of Culture (MinC) that connects university movie theaters and exhibitors to the network infrastructure operated by RNP, thus facilitating the access and exchange of content between theaters.