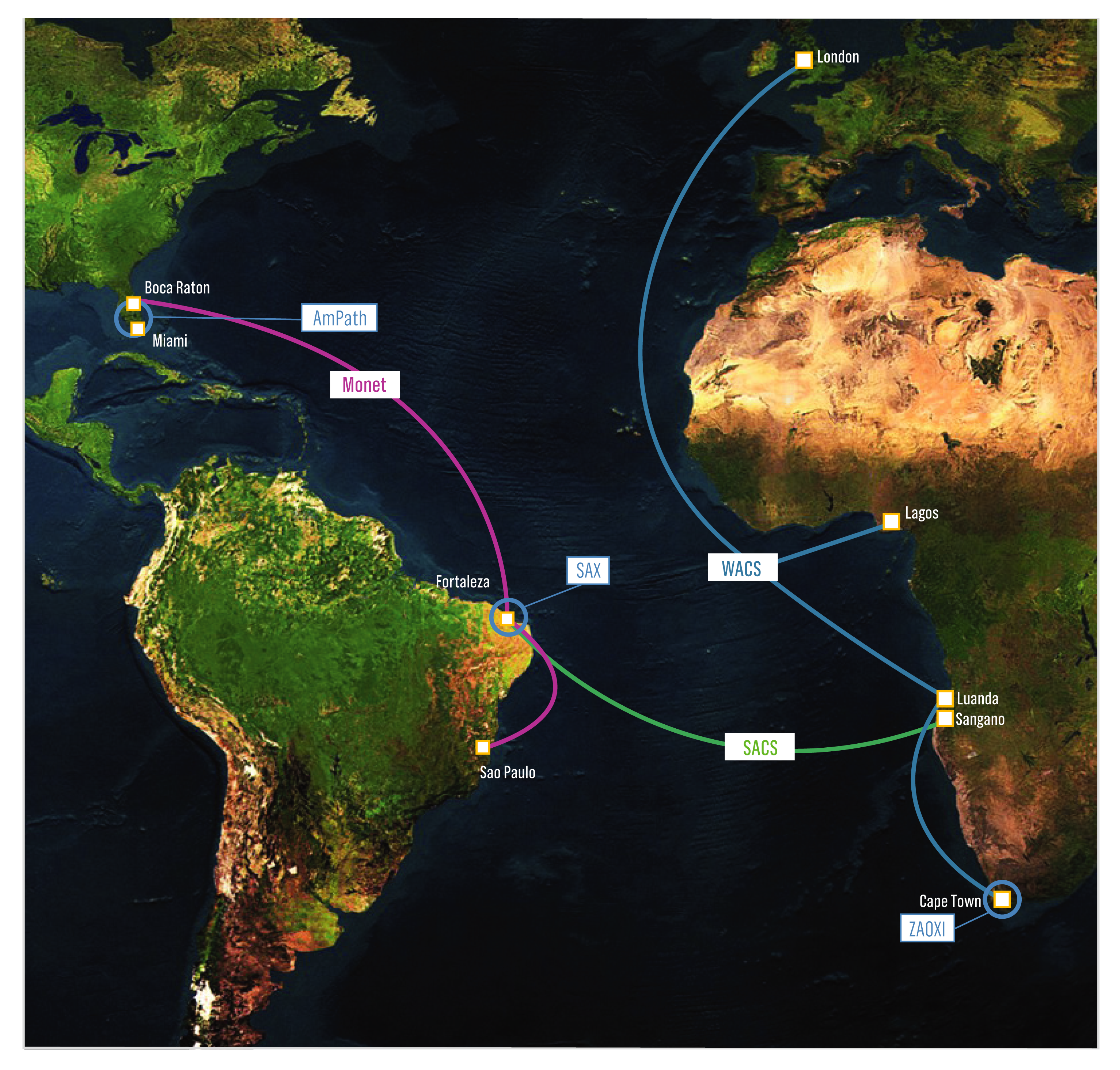 RNP, in partnership with the Florida International University (FIU) – from the project AmLight (Americas Lightpaths), in the United States, RedCLARA and the South African Education and Research Networks (TENET & SANReN), announces activation of a digital route between the Americas and Africa, using the submarine cable SACS operated by Angola Cables.

The route, which interconnects scientific networks from the United States, South Africa and, with RNP, Latin America as well, aims to promote collaboration among the scientific and academic networks at intercontinental level. With initial capacity of 100 Gb/s and connected by means of the submarine cables Monet, SACS and WACS, there is a junction point of the connection in Fortaleza, where cables Monet and SACS arrive and where the operator´s data center is situated, AngoNAP, and it is also the first academic traffic point in South America operated by RNP.

From Luanda, the connection goes to Cape Town in South Africa using another cable, WACS, which goes along the entire West Africa cost, reaching the open junction point (ZAOX) at the extreme south of the country.

“Finally, the recent availability of the high-capacity SACS cable from Fortaleza to Angola provided us with a direct physical connection with Africa, which will complement our main existing links to the USA and Europe. Our new academic traffic junction point in South America in Fortaleza will gather RNP, RedClara and many other global research and education networks in activities with African partners”, the general director of RNP Nelson Simões comments.

The activation of this connection, which is a part of project Americas Africa Research and eduCation Lightpaths (AARCLight), will bring benefits for the research and education institutions and groups, helping in the development of different investigation fields of science, such as physics, astronomy and biology.
Source: Amlight