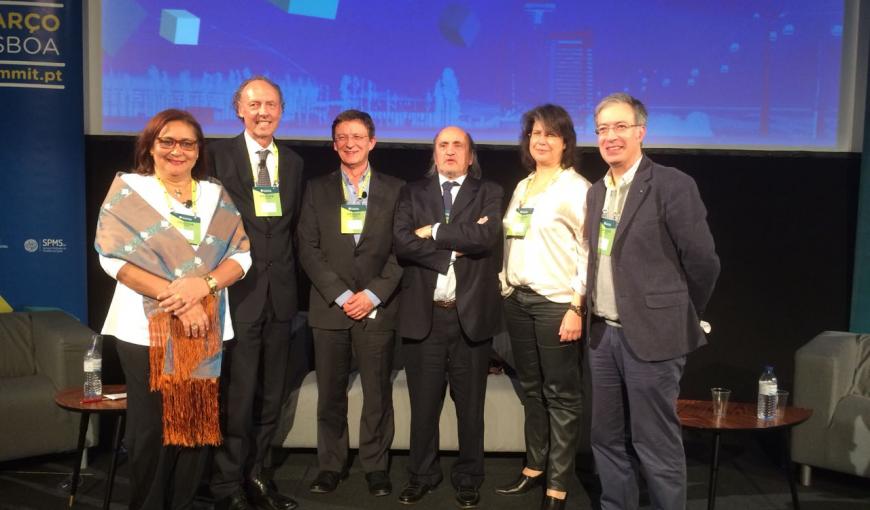 The second edition of the Portugal eHealth Summit was held on 20-23 March at the PT Meeting Centre in Lisbon. The event served to articulate and consolidate the Permanent Working Group on Telemedicine and Telehealth of the Community of Portuguese Language Countries (CPLP). The national coordinator of Rute (Telemedicine University Network), Luiz Ary Messina, spoke on the intentions of the CPLP telehealth cooperation.

"Thus, we continued to strengthen the Permanent Working Group on Telemedicine and Telehealth of CPLP. We count on the participation of the Ministry of Health of Portugal, through the presence of Micaela Monteiro, from the Institute of Hygiene and Tropical Medicine (IMHT), represented by Professor Luís Lapão, from the Ministry of Health of Cape Verde, with the presence of Vanda Azevedo and the Portuguese professor Eduardo Castela, reference in this communication of telehealth between Portugal and the Portuguese-speaking African countries", said Messina.

The Portugal eHealth Summit is Portugal's largest event in the area of telehealth and telemedicine and gathers around 1,500 participants per day and thousands of remote viewers scattered worldwide.