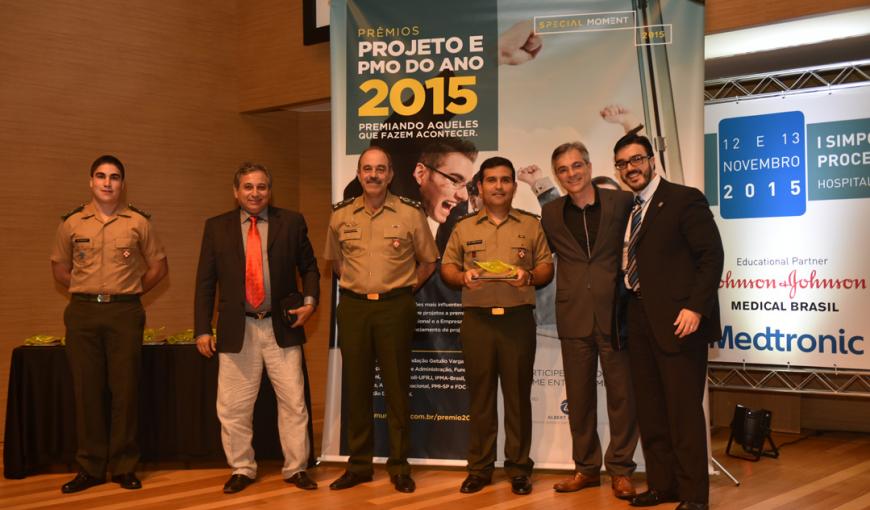 The Connected Amazon Program, which uses the riverbeds of the Amazon Basin for the installation of an optical fiber network in countryside Amazonas, won the 2015 Mundo PM Award, in the “Best Project of the Year” category. Promoted by the Mundo PM magazine, the national award values companies and professionals of the project management, program and project portfolio areas.

Representatives from the Brazilian Army, the Brazilian National Research and Educational Network (RNP), the Amazons Data Processing Company (Prodam) and Telebras were honored in the ceremony, held in São Paulo on November 12, with the award of excellence in project management.

Before being named the winner, the program was one of the three finalist candidates selected by the evaluation commission of the project in the category Project of the Year. In addition to the tribute, the winners will also be theme of a story published in the Mundo PM magazine.

The Connected Amazon Program project is an interagency initiative that will bring quality internet for the population of countryside Amazonas, through the riverbeds of the Amazon Basin. After the deployment of the underwater optical fiber, these places will be able to enjoy a wide range of data network services, such as broadband internet, telemedicine, long distance learning, and interconnection between health, public security, traffic and tourism, as well as gains for national defense.

In July 2015, the first stretch of the underwater optical fiber cable, approximately 10 km long, in the bed of the Negro river, connecting two bases of the Brazilian Army in Manaus. Until 2017, other systems will be designed for the deployment of underwater cables in the main rivers of the Amazon basin – the Negro, Solimões, Madeira, Purus and Juruá rivers – interconnecting 52 municipalities and catering to over 3.8 million people in the region.