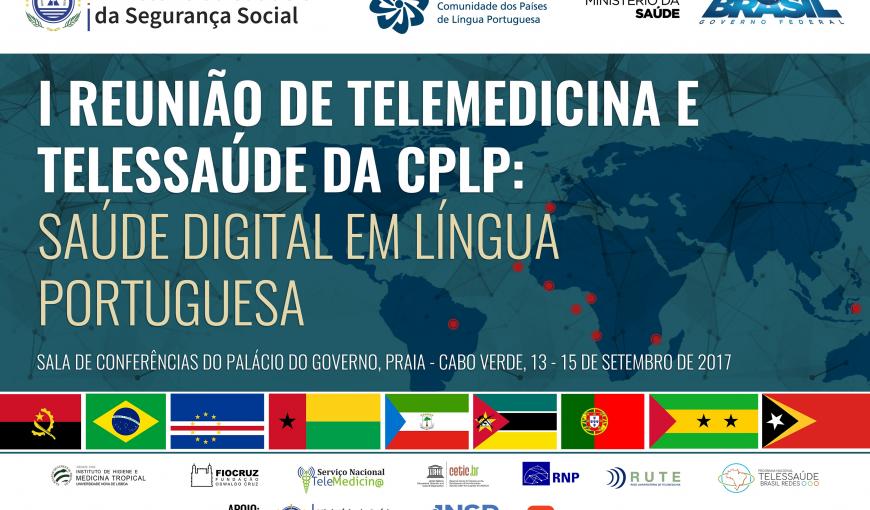 The 1st Telemedicine and Telehealth Meeting of the Community of Portuguese Speaking Countries (CPLP) was held between the 13th and 15th of September, in the city of Praia, Cape Verde. The topic was Digital Healthcare in Portuguese. Seven countries participated in the meeting, which aimed at ensuring that all members of the CPLP implement telemedicine and telehealth.

Seven Ministries of Health, of the nine that make up the CPLP, participated in the meeting, except for of East Timor and Equatorial Guinea. The Ministry of Health of Brazil was represented by the director of the Department of Health Education Management (Deges), Claudia Brandão, and the international adviser Luciano Queiroz.

According to the national coordinator of the Telemedicine University Network (Rute), Luiz Ary Messina, who was the moderator and coordinator of the meeting, the participants produced a letter that will be presented and delivered at the meeting between the ministers of health of the countries members of the CPLP, on October 26th, in Brasília. "We closed the meeting with the letter with the most important topics, focused mainly on the creation of a permanent telemedicine and telehealth group of the CPLP and other actions. It is already signed by all seven ministries and also by the Institute of Tropical Hygiene and Medicine of the Universidade Nova de Lisboa (IHMT), Fiocruz and RNP", said Messina.

The partnership between the Brazilian Ministry of Health, RNP/Rute, the Oswaldo Cruz Foundation, the Cape Verde Ministry of Health and Portugal’s IHMT jointly elaborated the work plan for the "Strategic Implementation Road Map of Telehealth in Portuguese Speaking Countries".