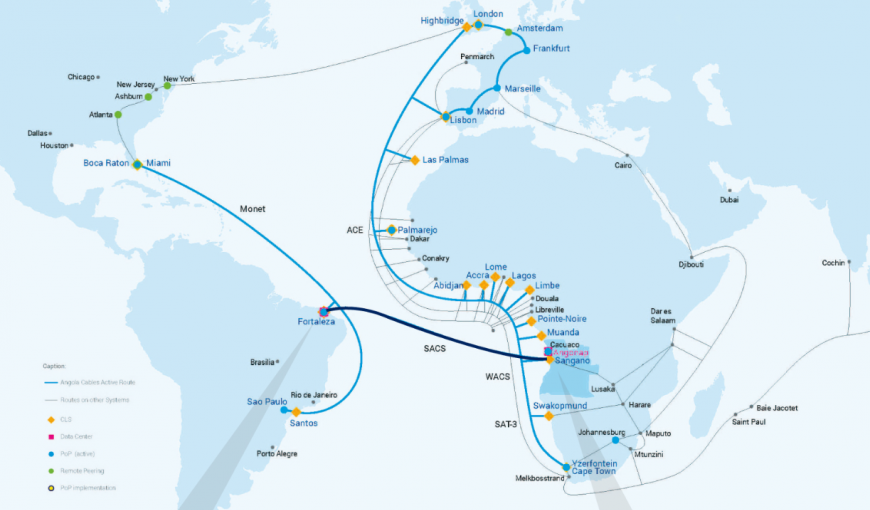 With investments of USD 130 million, SACS has 40 Tbps transmission capacity and offers lower latency between the US and Africa. According to Angola Cables, the cable aims to reduce traffic costs for the African continent and attract regional internet providers, large operators, multinational companies and research networks.

Altogether, SACS has four optical fibre pairs and has a service life of at least 25 years. RNP will make shared use of an optical channel as a partner of the AARCLight project, which plans to offer high-performance international connections between the United States and the West Coast of Africa, for data traffic between the academic networks of those regions. The AARCLight project is an initiative of the National Science Foundation (NSF) and Florida International University (FIU).

Together with SACS, another Angola Cables project in Brazil is its datacentre, built in Fortaleza. Scheduled to be inaugurated by the end of the year, the facilities will serve to build a Global Traffic Exchange Point in Latin America for the exclusive use of the education and research community.